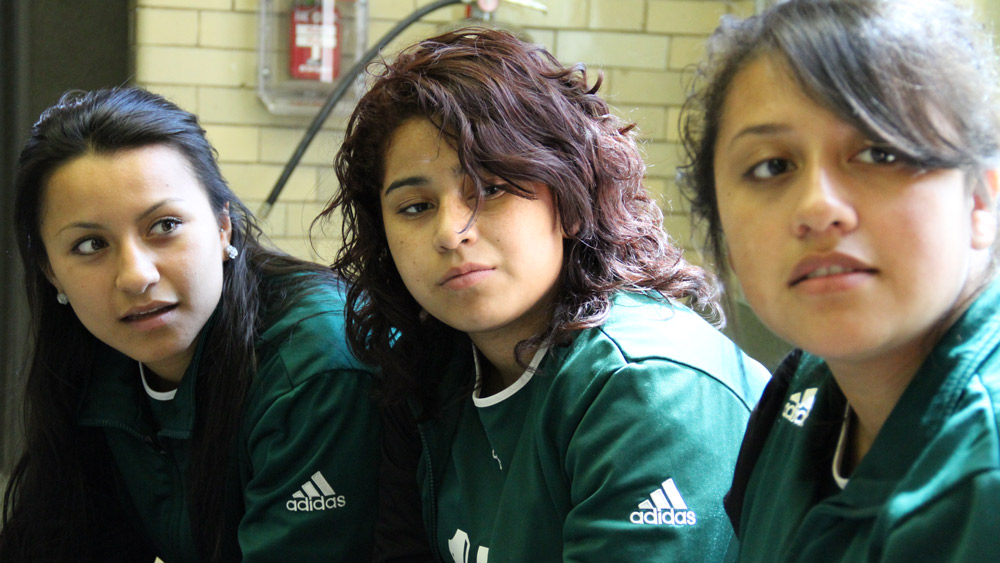 Faux-uplift sports movies are $144 a dozen, slipped-and-slid into multiplexes on far too many weekends: sports is sports, and depicting the rush of a play, the massed hysteria of a shared moment, is just as conceptually fraught as the depiction of live music performances. And all those poor underdogs of the world of mass-marketed movies! But when a movie attains its own heart and soul by watching that dream in motion—think “Hoop Dreams”—the result can be magical. The first glimpse I had of Maria Finitzo’s wondrous “In The Game,” about fifteen minutes of a 2014 cut, was a contained little knockout. (I was pleased to weep.) The feature, gentle, assured, compassionate, left me softly thunderstruck. For four years, Finitzo follows a girls’ soccer team at Brighton Park’s Latino Kelly High School, with an eighty-six-percent Hispanic enrollment, as well as a $4 million budget cut during the course of her observation. There’s triumph, adversity, defeat, governmental indifference, resolve, fortitude and elemental sisterhood. Their coach’s advice is simple: “In life, you deal with what’s dealt your way. When you get knocked down, just get up right away. Never give up.” The glory of “In The Game” is its gentle demonstration of that determination by the girls and their families alike. A Kartemquin Films production, natch. Peabody Award-winning Finitzo was also selected as one of Newcity’s 2014 Film 50. 79m. (Ray Pride)

“In the Game” plays Saturday-Tuesday, August 22-25 and Thursday, August 27 at Siskel. A list of personal appearances is here. Please watch this trailer.