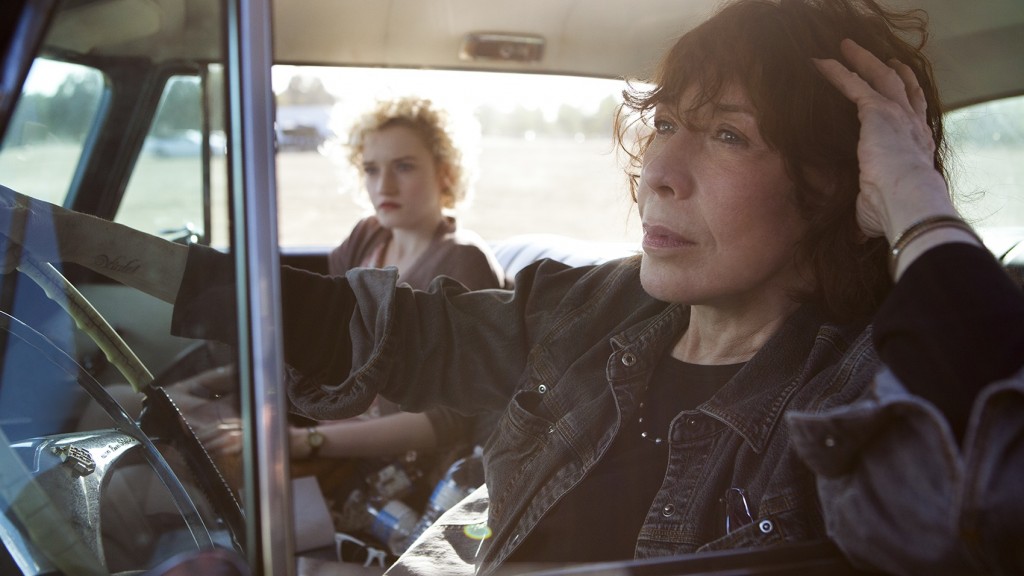 In Paul Weitz’s smart, elemental comedy “Grandma,” Lily Tomlin plays, yes, a seventy-year-0ld grandmother, Elle Reid, who’s also a mother, a gay woman who’s dumped her younger girlfriend (Judy Greer), and perhaps most perceptively, a career writer. The other characters include a wooly-foxy Sam Elliott as a wealthy former flame, Marcia Gay Harden as her more-pissed-than-pistol executive daughter and a winningly winsome Julia Garner as “Sage,” her curlilocked granddaughter trying to scratch up $600 for an abortion before sundown, which sets their miniature, day-long journey into motion. Shot in nineteen days, the bittersweet comic ride is largely Tomlin’s, playing sardonic, weary, and writerly with a maximum of grace and a minimum of fuss. 80m. (Ray Pride)