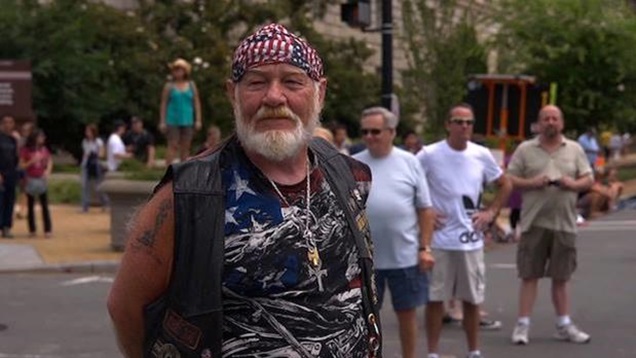 After making “Down to the Bone” and “Winter’s Bone,” gifted writer-director Debra Granik joked she was onto her “osteoporosis trilogy,” optioning another novel that happened to have “bone” in its title. With no feature on the horizon, however, she returns with “Stray Dog,” a piercing, poignant documentary portrait of working-class poverty in America, drawing from the same part of southern Missouri where “Winter’s Bone” was set. Ron Hall is a Vietnam war veteran, the unofficial mayor of the local trailer park, tattooed, rides a Harley, wears varieties of red, white and blue and stars and stripes, has a voluminously brushy beard. In terms of contemporary iconography, no good would come from a character drawn this way, say, on an unreality series. But emotionally, Granik breaks bones: released from dark psychological drama, she proves herself a master of undercurrent and portent and abiding sorrow as she observes a family under stress in our increasingly hard times. A certain rebuke to lazy observation, “Stray Dog” is intimate, immersive and wholly compelling. 98m. (Ray Pride)