Jennifer Reeder: During each of my three pregnancies, I considered naming the baby AGNES, as in Varda. Then I had three boys and opted for alternative ways to inject feminism and the history of radical filmmaking into their lives. As a young film student, I was exposed to plenty of French films and, as the only female in my cohort, I was frustrated with all the Godard and Truffaut and Resnais. I found Agnès Varda on my own. “Cléo from 5 to 7“ was a revelation. It’s an extraordinary portrait of an entire life in two hours—a woman’s life as told by another woman. The filmmaker is present. Varda has long been considered a remarkable and prolific filmmaker… and a wife and a mother and an artist and a feminist. (The same cannot be said for Clint Eastwood who is also in his eighties and still making films.) By the way, Varda is eighty-seven, which is two years older than Eastwood and three years older than Godard, who is also still making films. Anyway, Agnès Varda is coming to Chicago in October and I am psyched! Varda’s roster of work is astonishing. The films include both documentaries and fiction but all of them feel so directly from her hand and heart. The filmmaker is present. She made tender but rigorous portraits of her late husband, Jacques Demy, as well as other docs like “The Gleaners & I,” which I recently showed to my oldest son who is worried about human consumption/waste and the world food supply. This film, which is primarily handheld and was edited as it was shot, features a scene in a car where Varda’s hand shapes the frame in front of the lens. That moment struck me so profoundly when I first saw this film. She guides our eye so gently but precisely. The filmmaker is present. In 1985 Varda made an unforgettable fiction film called “Vagabond.” As harrowing as the story is, I want to live inside this film, consume it and allow it to consume me right back. Anyway, I am a sucker for the lone female wanderer and certainly this inspired other films, including “See the Sea” (François Ozon, 1997) and “Morvern Callar” (Lynne Ramsay, 2002) which are also favorites of mine. During her trip to Chicago, Varda will be in conversation with artist Jessica Stockholder and I imagine they will talk about Varda’s visual art—specifically her photographs. Varda’s position both behind and in front of her own camera (moving and still) is so curious. She makes her own rules and we follow. Her enthusiasm for her own vision is unwavering and contagious (as is her hair, which I envy deeply and has not changed in decades). The filmmaker and I will be present.

Jennifer Reeder is in post-production for a new short, “Crystal Lake.” Next summer, she will shoot her first feature-length film, “As With Knives and Skin.” 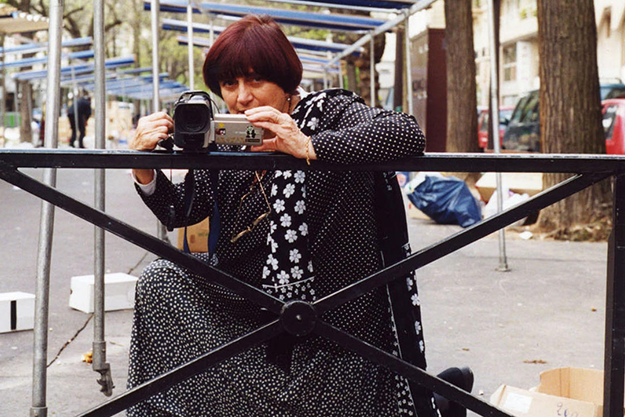 Melika Bass: Varda is so attuned to space and place in her films, and loves to play with perception itself. I’m really excited to see how her sensory cinematics engage us in the gallery environment with her photography. And I love that Varda wants to screen “The Gleaners & I” at the wonderful Black Cinema House, a unique venue that’s part of the inspired Rebuild Foundation’s revitalization projects, where they’ve taken abandoned or formerly industrial buildings and developed them into beautiful art spaces on the South Side. The Black Cinema House is dedicated solely to screening and discussing black cinema. Varda has been invested in the complexities of the African-American struggle in the U.S.—social, cultural, political—for a long time. She and her late husband, filmmaker Jacques Demy, were French leftists in Los Angeles in the sixties, and Varda spent years documenting marches and the Panthers in Oakland. Varda’s short doc “Black Panther” was banned on French TV in ’68 because they feared it would incite violence. I think from then through “The Gleaners” is an interesting line—for Varda probably a conversation between Marx, the Panthers and, she’s said, feminism. What’s lovely is the accessibility and playfulness of her politics. “The Gleaners” has that gentle anarchist strain of Varda herself exploring in the French countryside, looking to connect to scroungers off the grid, hand-holding her exploratory camera, delighting in self-sufficiency, the treasures of “trash” and her own creative accidents. So, the event will be cool—already there’s an inspired conversation between a film that celebrates value in what’s discarded and repurposed, screening inside what began as a boarded-up brownstone on the South Side, and now is a cultural destination celebrating black cinema.

Filmmaker and installation artist Melika Bass’ feature-in-the-works is “Summerstock.” Her next film is a commissioned short based around Wilhelm Reich that’ll premiere as an installation in 2016. tenderarchive.com

Full details on the Varda exhibition, screenings and appearances are at arts.uchicago.edu/cinevardaexpo. “Photographs Get Moving (potatoes and shells, too)” will be on display from September 11-November 8.

Wim Wenders: Portraits Along The Road 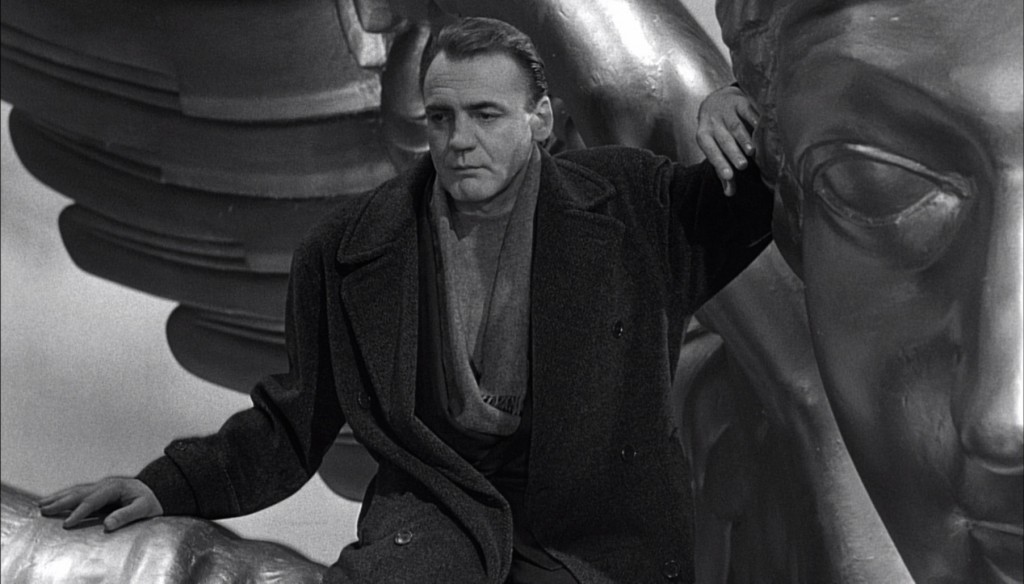 Mary Livoni: I saw “Wings of Desire” nine times when it was first released in the theater. I love “Paris, Texas,” too. I have no doubt that this movie shaped me as an artist. But “Wings of Desire.” The angels as witnesses for humanity; or as the angel Cassiel explains, “To do no more than observe, collect, testify, preserve,” while moving through a black-and-white Berlin, in a constant state of reverent and empathetic observation, is still such a resonant romantic image for me that I have considered it ever since. I am the sort of artist who embeds/haunts whatever landscape I find myself in, and who would like to be an invisible observant presence. Not even two weeks ago, I found myself on a subway train and considering what Damiel would hear of the passengers’ thoughts as they stared fixedly into their smartphones; there were only two other people (besides myself) not fully preoccupied with the little screens in their hands. One of the many unforgettable scenes is the motorcycle accident, where the angel Damiel guides a dying man’s thoughts from frantic regret into a lucid poem of single sentences, that swing pendulum-like as a litany of remembered small moments and then back to the abstract again. These lines have stayed with me in the nearly thirty years since I first saw this film. “The white tablecloth outdoors.” “Hopping.” “The dear one asleep in the next room.” “The peaceful Sundays.” “The beautiful stranger.” “The horizon.”

“Wim Wenders: Portraits Along The Road” comprises thirteen digitally restored features and six shorts, including Wenders’ 295-minute directors’ cut of his 1992 worldwide walkabout, “Until The End of the World,” “The American Friend” and “Kings of the Road.” Siskel, October-November. Find Mary Livoni’s drawings and photographs at marylivoni.com. 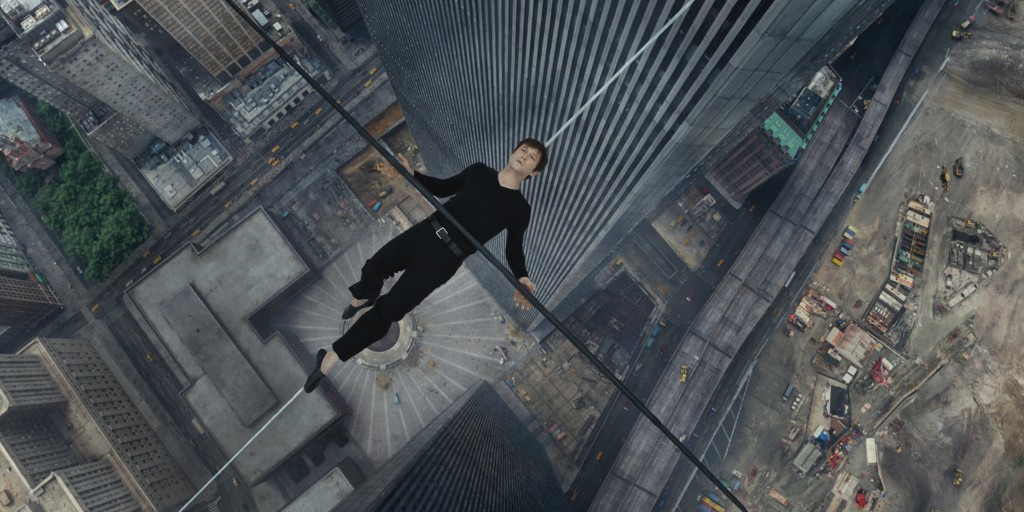 Stephen Cone: Robert Zemeckis was born in the wrong decade, or so it seems to me, considering that over the past twenty years, his richest period, he’s made one unfashionably expressive, defiantly innovative film after another. Beginning, in a way, with the flawed-but-wondrous “Contact,” but really kicking in with “Cast Away,” one of the great studio films of the modern era, through “Flight,” another tale of spiritual rejuvenation via plane crash. With his underrated animated three-punch in between, Zemeckis has proven himself the truest of independents, wielding invention, ambition, deceptively subversive storytelling and unabashed sincerity in a way the filmmakers of the silent era did, or in a way the filmmakers of the future might do, once our current and impersonal Age of Irony dies its deserved death. Zemeckis’ “The Walk,” despite some questionable accents in the trailers, seems to be a longtime-coming marriage of his live action and 3D work. Few filmmakers would make the prospect of a “Man On Wire” dramatization exciting, especially considering that documentary’s least interesting sequences are the reenactments, but there’s something in the bigness—physical, emotional, spiritual, geographical —of the story of Philippe Petit’s walk between the twin towers of the World Trade Center, that makes this a potentially ideal melding of form and content. The closest thing we have to a real life superhero, Petit’s near-mystical fearlessness and daring, bound by neither land nor sky, is as intensely magical as the fuel that powers the “Polar Express.” Zemeckis’ most popular films—the “Back to the Future” trilogy, “Who Framed Roger Rabbit?” “Death Becomes Her” and “Forrest Gump”—are, save for the baffling latter entry, good films, that left a refreshingly original mark on 1980s-nineties Hollywood studio filmmaking, but looked on from high above, they could be a mere warmup to Zemeckis’ latest exhilarating exploration of the dimensions of the human soul.

“The Walk” opens September 30 in IMAX 3D and in other formats on October 2. Stephen Cone’s latest film is “Henry Gamble’s Birthday Party.” He is also a Lecturer in the Department of Radio, Television + Film at Northwestern University, and a very occasional actor.