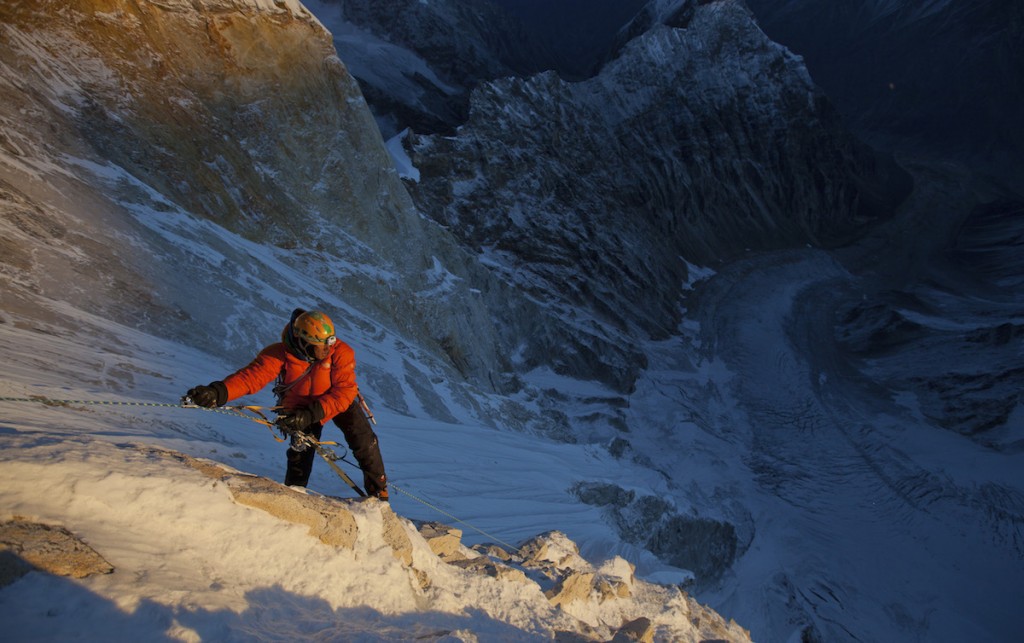 Terror: give it a new name, call it “Meru.” Instead of don’t look in the basement, do… not… look… down… Speaking specifically as a male acrophobe, Jimmy Chin and E. Chai Vasarhelyi’s documentary is achingly beautiful, eye-widening and testicle-tautening. The two-trek telling follows three American climbers (including Chin, also co-cinematographer), in a second attempt to reach the as-then unconquered 21,000-foot pinnacle of the Shark’s Fin of Mount Meru above the headwaters of the Ganges River in India. Few have seen the vistas, the time-lapse perspectives are mesmerizing, and Jon Krakauer’s punchy, often prosaic commentary still manages to situate the compulsion and obsession of the deadly sport into larger contexts. Another unusual feature: faith in words and glistening images supplants the customary sports-movie musical bombast. An audience award winner for documentary at Sundance. 90m. (Ray Pride)