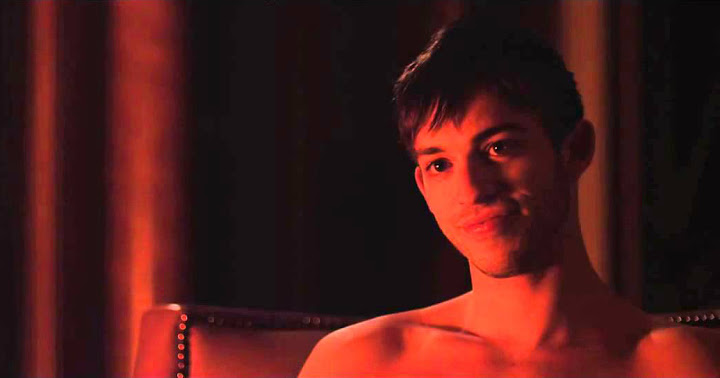 There’s no official number of how many film festivals there are in Chicago, or even a readily agreed-upon definition of how many films and events constitute a true “festival,” but in its thirty-third year, Reeling, the Chicago “LGBTQ+” International Film Festival, is definitely one of the most resilient (and the nation’s second oldest, after San Francisco’s Frameline).

“Film festivals not only continue to be relevant, despite the onslaught of choices for entertainment,” founder and executive director Brenda Webb tells me. “In some ways, they are more relevant than ever because of their curatorial role and promotional functions.”

An example of that is how small films that debut on Netflix (not heavily advertised and hyped series) never gain social traction, there’s little conversation in the larger culture, only cold, cryptic algorithms guessing what will satisfy every given view. Webb agrees. “There may be many more choices of films to see online and on television than ever before, but given the noise of overwhelming choices, audiences need to tune into which films to spend their time seeing.”

There were times when I saw Roger Ebert being approached by a young filmmaker or someone wanting him to tell about a just-finished film. Gatekeepers, that was his essential answer: get your film into a festival I love and I’ll be able to see it there. Otherwise, there’s not enough time in the world. “Film festivals direct the attention of film critics, distributors and audiences to particular films from among the many that they value as worthy of attention,” Webb continues the thought. “Film festivals do discover and recognize new talent and bring to the attention of audiences films that otherwise never would for many reasons, including not being commercial enough, which includes short films or documentaries.”

But that festival exposure can leverage acquisition by, if not Netflix or Hulu, more artfully curated sites like Fandor, or other specialized streaming concerns on the horizon. “Yes, festivals can play a role in the eventual success of films in DVD and VOD distribution because they elevate particular films in the public eye, create the opportunity for critical reviews, which can all lead to public awareness.”

But, as always, it’s important to remember “fest” is as important as “film.”

“Festivals also build film culture and provide an opportunity to see the stars of the films and talk to their directors. Film festivals are just about the only place where this interaction with filmmakers happens [for a regular audience].” And a more specialized festival like Reeling can continue to build community in the ways it has for more than three decades. “Festivals build community and create opportunities for collaboration,” Webb says. “Our festival, for example, works with many local LGBT organizations and co-presenters.”

Even as LGBTQ themes and characters appear in many kinds of representation in the culture overall, Webb says, “For the LGBTQ community, in particular, which historically was not well represented in mainstream cinema, being able to come together in an affirmative environment where diverse LGBTQ stories are celebrated, provides a community experience not found elsewhere.”

Historically, Reeling has been a tremendous resource for shorts, in league with Chicago Underground’s determination to represent different forms and formats, even back to the days when screeners would be handed to a journalist in a huge carton filled with VHS cassettes. While I haven’t seen any yet this year, the “Dyke Delicious” programs historically have turned out to be the breeziest and punchiest selections. 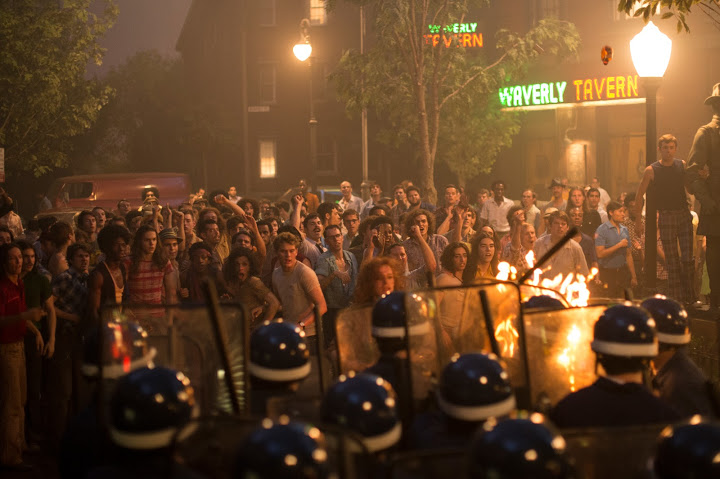 Two highly anticipated premieres of commercial releases are “Freeheld,” directed by Peter Sollett (“Nick And Norah’s Infinite Playlist,” “Raising Victor Vargas”), written by “Philadelphia”’s Ron Nyswaner, a drama based on a true story about a New Jersey police lieutenant (Julianne Moore) fighting for benefits for her domestic partner (Ellen Page). The trailer for “Stonewall” raised voices about the apparent lack of representation of the figures at that historical event, which led director Roland Emmerich and screenwriter Jon Robin Baitz to say, just wait: it’s not all cute white guys. A tenth-anniversary presentation of “Brokeback Mountain” (which was nominated for Best Picture in a year that “Crash” won) should make for intriguing historical contrast to what filmmakers are able to place on the big screen in 2015.

One of Webb’s high recommendations comes from Philadelphia, Joseph Graham’s skin-generous “Beautiful Something,” tracking four men with different hopes and hungers cruising the streets at night in search of a certain someone. And brighter moments shine through a distant relation of “Paris is Burning,” Spain’s “Tchindas,” a vérité documentary about a Cape Verdean transgender woman and her friends’ preparation for Carnival.