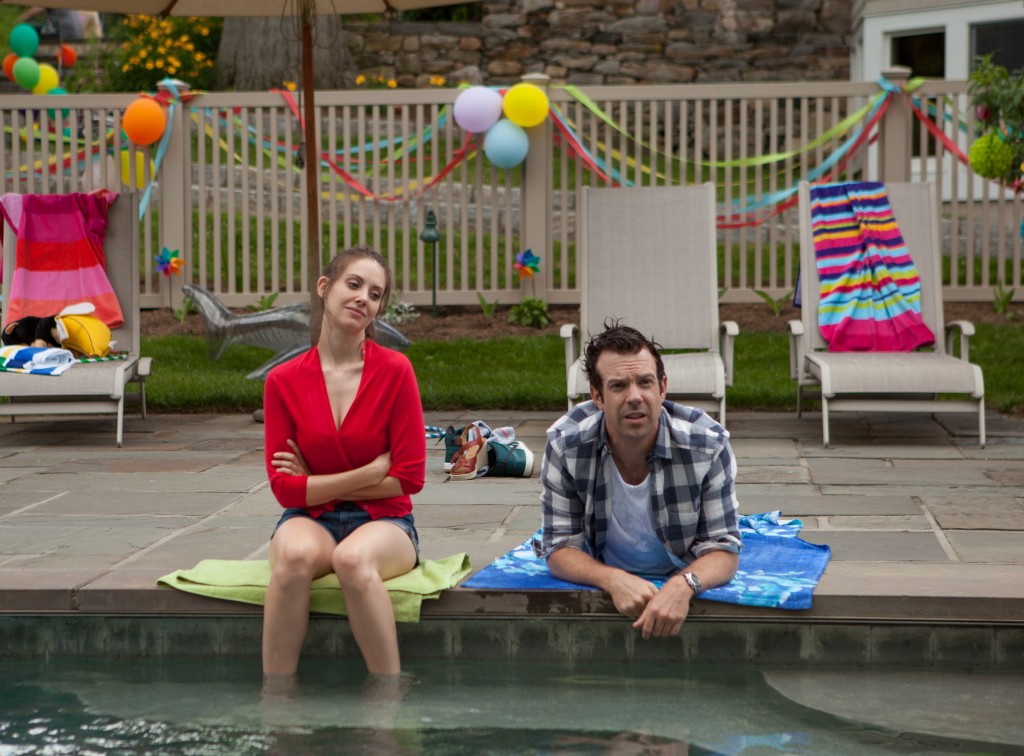 Comedy complications arise when two ex-lovers who lost their virginity to each other in college (Jason Sudeikis, Alison Brie) meet again ten years later at a sexual addiction group and attempt to kindle a friendship after comparing similarly spotty relationship histories. Yes, it’s a knowing variation on “When Harry Met Sally.” Writer-director Leslye Headland, whose impressively foul comedy “Bachelorette” was one of the first acknowledged fiscal successes of video-on-demand, continues to mine sexual humiliation and gross indecency to oft-inspired effect. The highest high points combine ingenuity and genuine surprise; not giving them away. (They’re sexual.) The romcom will never die as long as comic innovators find new veins to drain, and as long as the profane imagination of someone like Headland is so capably and entertainingly unleashed. There’s more than enough sharp, even brilliant observation here even to forgive the phrase “dick in a mousetrap.” A Sundance 2015 selection. With Adam Scott, Adam Brody, Andrea Savage, Katherine Waterston, Amanda Peet, Jason Mantzoukas, Natasha Lyonne. 101m. (Ray Pride)

“Sleeping With Other People” opens Friday, September 18 at Landmark Century and River East. The NSFW red-band trailer below gives a taste of some of the more aggressive humor.