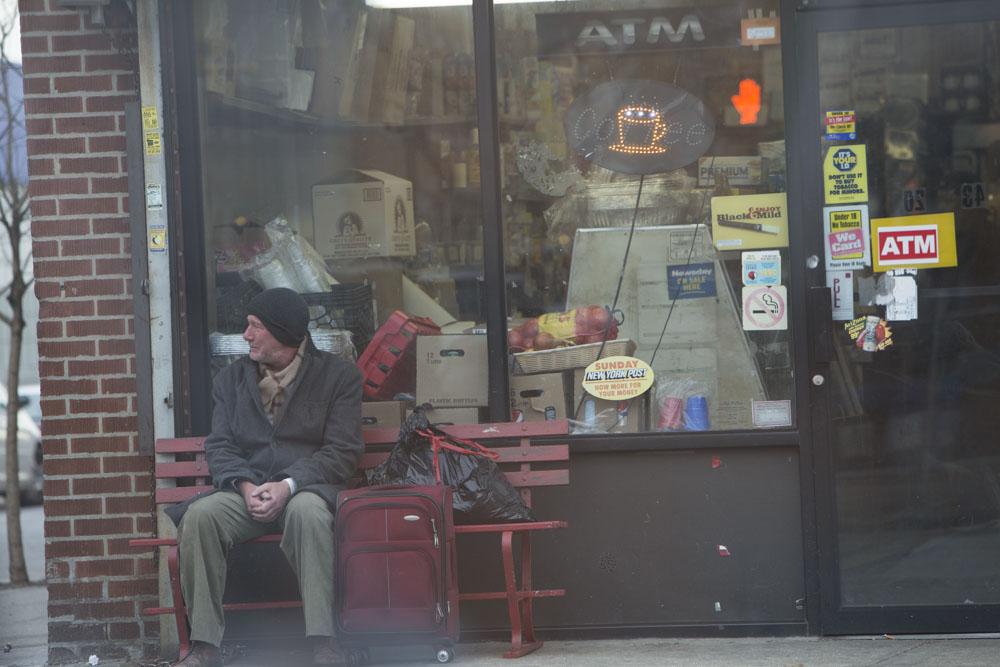 Richard Gere, silver-haired but hardly a silver fox, is solo on the streets of Manhattan, homeless, at wit’s end, in “Time Out Of Mind,” a tough but optimistic drama by Oren Moverman (“The Messenger”). Blank, understated, spent, Gere’s rendition of mentally troubled middle-aged George is largely one of defeat: of time, of mind, of family bonds. He’s estranged from daughter Maggie (Jena Malone), and their potential reunion is one of the few slivers of plot or tension in an atmospheric portrayal of life on the street, although measured in strongly formal visual compositions, using reflections and frames, suggesting a life so diminished that it can only be observed from a remove. (A similar approach, with the almost exclusive use of long lenses, is much more aggressive and keyed into the characters of the Safdies’ “Heaven Knows What.”) Moverman cites the luminous, dreamy color street photography of Saul Leiter as a prime influence for cinematographer Bobby Bukowski. “The spark for it was looking through still photographs of NYC, many of them by the late Saul Leiter, where you would see all these reflections and layers of the city. After studying these stills, we wanted to create kinetic energy with the frames since the camera wouldn’t be moving. The idea was to shoot through reflections to add layers of movement to the scenes. Often we would shoot through a window and you would be able to see reflections of movement, and behind that would be another window with reflections of movement.” The sound design is equally concerted: this is the world that thrives around a man who is losing his awareness of the world in which he moves, haltingly. With Ben Vereen, Kyra Sedgwick, Jeremy Strong, Michael Kenneth Williams, Steve Buscemi. 121m. (Ray Pride)

“Time Out Of Mind” opens Friday, September 18 at Landmark Century and other theaters.