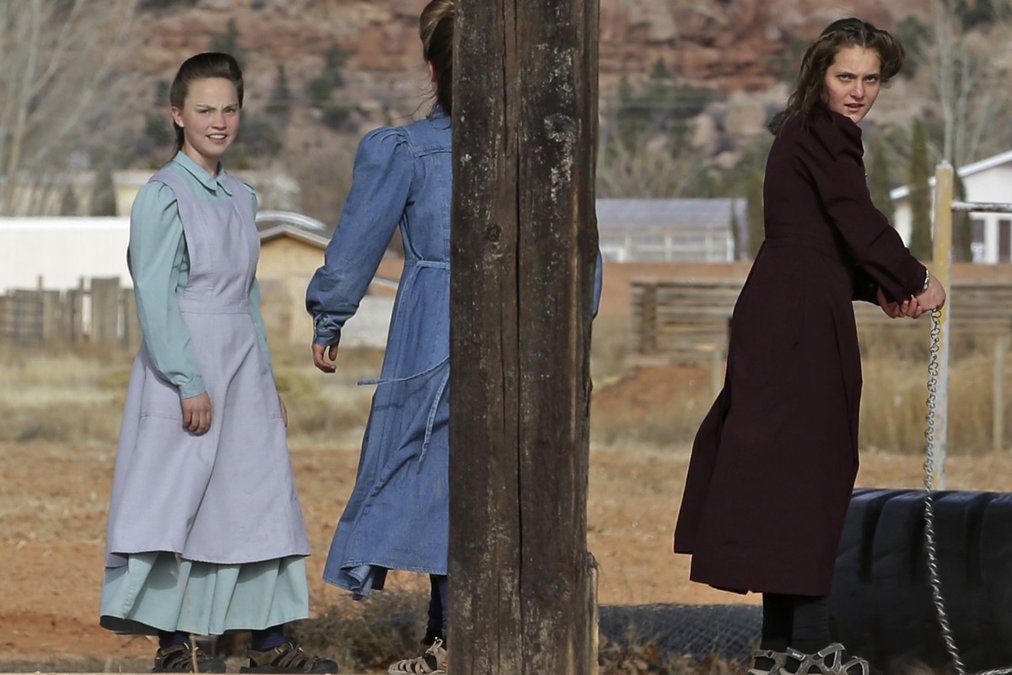 Amy Berg’s comprehensive “Prophet’s Prey” is readily the most disturbing documentary I saw at Sundance 2015, and that would have been even without a mild acquaintance with Mormonism and its cult offshoots, such as Warren Jeffs’ FLDS (Fundamentalist Church of Latter Day Saints). Jeffs, to cut to the chase, is a monstrous madman and exploiter of the flesh. He’s also a canny financial thinker, establishing industries to sustain the rein of himself and his family (including a company subcontracted to manufacture the “O” rings that detonated the Challenger space shuttle). There’s a scene of a minute or so, extracted from hours of audio, that could crush the heart. I want to describe it, but I won’t. It’s simple enough to say that it’s essentially the death of innocence at the hands of Jeffs, spoken in a reedy drone, and emblematic of acts he committed again and again. (Audio of his voice is used to chilling effect throughout.) In its capsule form, it’s as devastating as Berg’s 2006 “Deliver Us From Evil” and the cautiously outlined and scrupulously researched film almost capsizes from that moment. It is distillate evil and difficult to banish from mind. Researchers Sam Brower and Jon Krakauer (who wrote “Under The Banner of Heaven” about the Jeffs empire) build the case, and not only Jeffs, his family and his cult are damned, but the forces in Western states (especially Utah and Arizona) and corporations that support their exploitation of their congregation members for vast profit. “Warren has really great taste in real estate,” Krakauer says in one aside. Nick Cave and Warren Ellis again compose an effectively dark score for Berg, as they did with her “West of Memphis.” 90m. (Ray Pride)