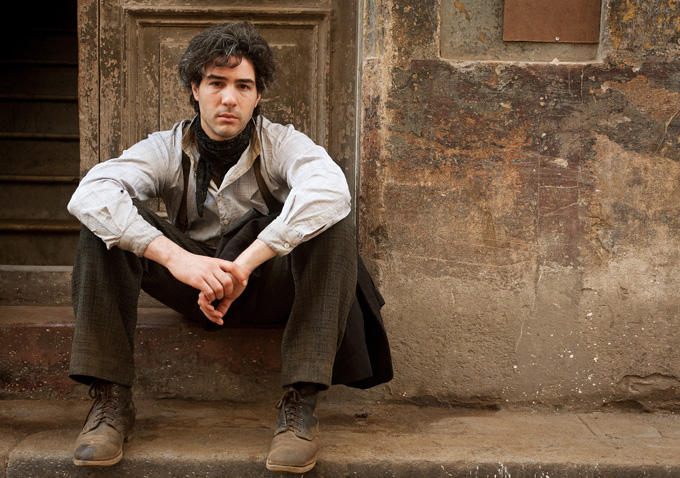 For a widescreen English-language epic, Fatih Akin’s “The Cut” is emotionally reticent, suggesting sweep while also holding close to its central character, an Armenian blacksmith named Nazaret (Tahar Rahim, “A Prophet”). The forty-two-year-old German-Turkish director is a resourceful collector of the sounds and sensations of the contemporary world in movies like “Head-On” (2004) and “Soul Kitchen” (2009), but there are only a few vividly imagined moments in the muted, somber passage a hundred years ago of Nazaret from the Armenian genocide in his Turkish home village to across the world in search of his two daughters, who may also still be alive. Muted by a stab wound, Nazaret crosses the globe, to Cuba, to North Dakota, hopeful, wide-eyed, silent against terrible things in the world. Metaphors compound and resound in what’s ultimately a most honorable failure. Akin co-wrote the screenplay with Mardik Martin, who also co-wrote “Mean Streets” and “Raging Bull.” There are lovely and stirring passages in the score by Alexander Hacke (Einstürzende Neubauten), especially on electric guitar. With Simon Abkarian, Makram Khoury, Hindi Zahra, Kevork Malikyan, Moritz Bleibtreu. 135m. 2.35 Widescreen. (Ray Pride)