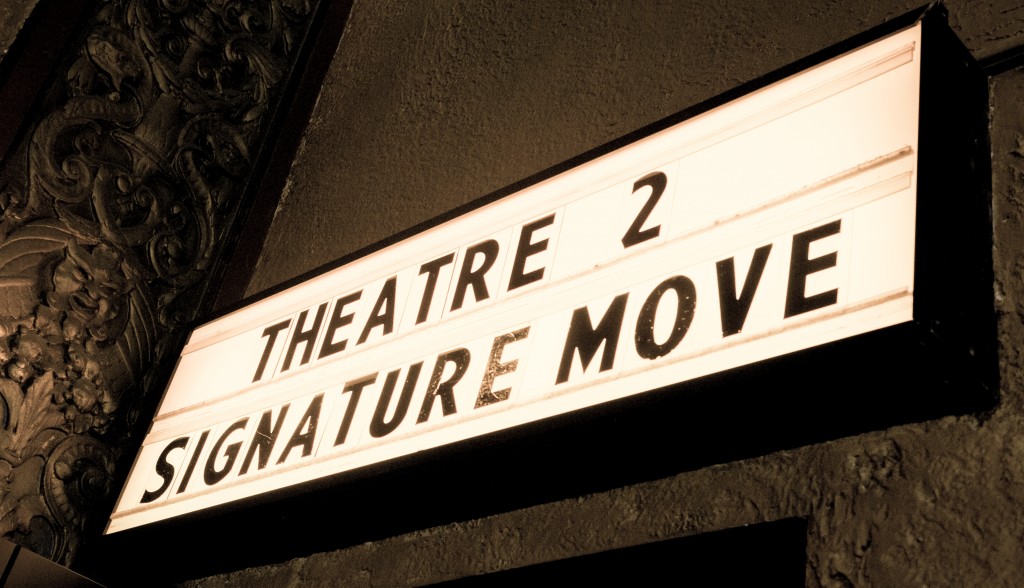 Now that we’ve finally chosen the movie we’ll produce for our thirtieth anniversary next year—it’s called “Signature Move”—I understand why most indie filmmakers write their own material. The road to great screenplays is paved with loose gravel. And when you find it, rights holders, agents and lawyers can grind that rocky road to quicksand. (Most of the metaphors you’ll read are even worse than this.)

I guess I thought finding the project would be the easy part. Since announcing this project in February 2014, I’ve reviewed more than sixty screenplays or other properties (novels for adaptation, plays, short stories, etc.). I’ve discussed projects over lunches, coffees and beers dozens and dozens of times. I’ve been on the verge of locking down not one, but two high-profile films, neither of which would have quite fulfilled this project’s mandate but would have been, respectively, great launch undertakings (a short film) or a great second film (a work by a legendary Chicago novelist) only to see both fall apart—though all principal terms had been agreed upon—when the rightsholders ultimately did not pull the trigger. I was not expecting inertia to be such an obstacle, one that proves not only frustrating but costly once the legal fees come into play.

I was somewhere in various states of stalemate a year ago during our Film 50 photo shoot, when I met one of the figures on the list, Eugene Sun Park. Park asked me if I was still looking at submissions, and I said I was. He said he might have something, and that was that. 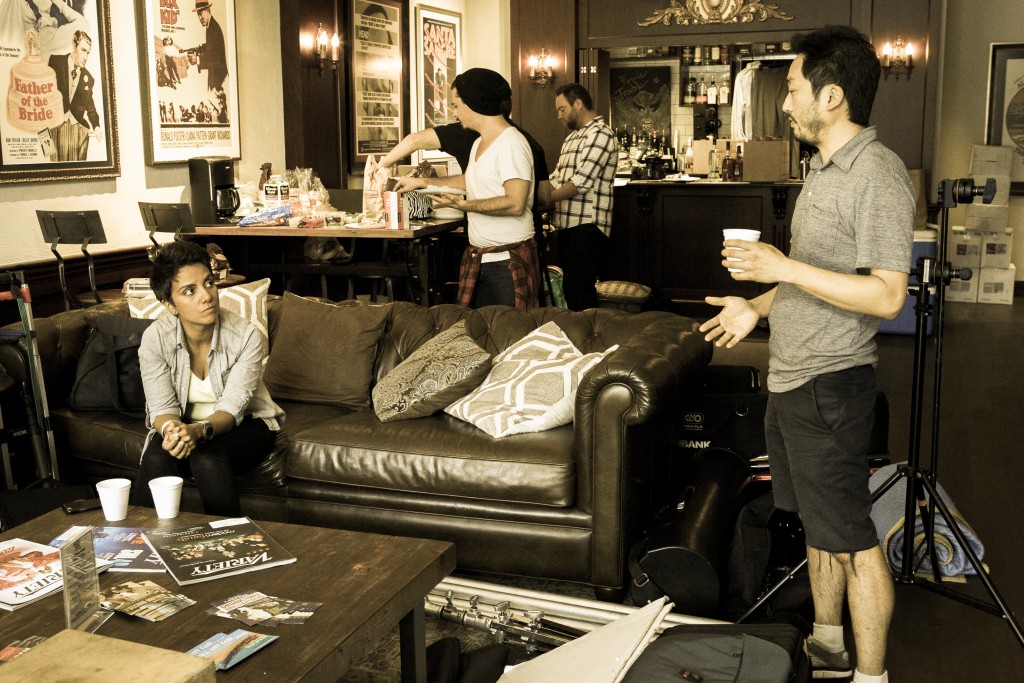 The following March, he followed up. Two months after he emailed, I responded and said I’d be interested in seeing the screenplay. When I finally read it, I really liked it. (Here’s what I wrote in the database I’ve kept to track all the project submissions: “BJH 6-1-15 Pakistani-Mexican lesbian rom com set against a backdrop of female wrestling and telenovelas. But it works.”) More importantly, my wife and partner Jan read it and liked it too. Eugene kept gently nudging me to move things along, eventually suggesting I meet instead with the screenplay’s co-author, Fawzia Mirza, as he was living in New York until later in the summer.

As everyone who knows her says, Fawzia is “a force.” After we met in early June, things accelerated. Eugene and I talked through the business of the project over the phone, and Jan and I and Fawzia met again. By July 4, we were ready to commit. By mid-July, Eugene was back in Chicago, and the three of us had commenced weekly meetings at the Newcity loft to plan and negotiate. (It would take about three months to get the legal paperwork signed, which just happened last week.)

So why this film? First of all, it’s a strong, original screenplay. It’s funny and accessible, a romantic comedy-coming-of-age story set in a Chicago summer, that also includes a quirky plot including women’s wrestling. It’s accessible but certainly not conventional, which was important to us for a film that was going to bear the “Newcity brand.” The characters are vastly underrepresented in American cinema: South Asian, Latino, Muslim, lesbian. In light of the Supreme Court’s same-sex marriage ruling, and the demographic projection that whites will no longer be a majority in the U.S. by 2050, I like to think of this as a romantic-comedy for the twenty-first century—the future, rather than the past of American popular culture.

Beyond the content of the project, the team I’m working with is impressive. Eugene is an experienced filmmaker whose background includes a stint in the Hollywood system but who’s more recently made a name for himself as an enterprising indie producer in Chicago, with his “Chicagoland Shorts” project, as well as his upcoming “The Orange Story,” a short narrative film about Japanese internment in WWII backed by a $160,000 grant from the National Park Service. Fawzia, who co-wrote our feature with Lisa Donato, is also set to star in it. She’s got many irons in the fire, all of them red hot, from theater performances to prize-winning short films to documentaries to web series. Just last week, she won a $25,000 grant from the 3Arts Foundation. As an actor, she’s funny and charismatic; destined to be a star. As a producer, she brings creativity combined with personal insight into some of the key markets we’ll be looking to tap into, from LGBT to South Asian American.

We got a chance to work together in a real way as a team recently, when we were given the chance to submit a promotional trailer for the Chicago International Film Festival. We connected with DePaul faculty member and filmmaker Wendy Roderweiss, who put together a team of about twenty-five students and professionals, and we wrote and shot a one-minute “backstory” film featuring our main character (played by Fawzia). Look for it at the festival, along with several other trailers created by local filmmakers. (We’ll also post it online.)

What’s next? Everything. We’re sorting out the director’s chair right now. We’d like a woman to direct—another vastly underrepresented group in cinema. We’ve got a shortlist of Chicago female directors, but we’ve got much to do. We’re working on a script rewrite and then need to craft a more detailed budget and start raising money. And we’ve been chosen as one of six projects to participate in “The Pitch at Industry Days,” a sort of “Shark Tank” for movies being held as part of this year’s Chicago International Film Festival on October 25.

And so, here we go. As promised from the start, we’ll be documenting throughout. Watch ChicagoFilmProject.com and our corresponding Facebook page for regular updates throughout the process. See you at the movies. Actually, see you before the movies.