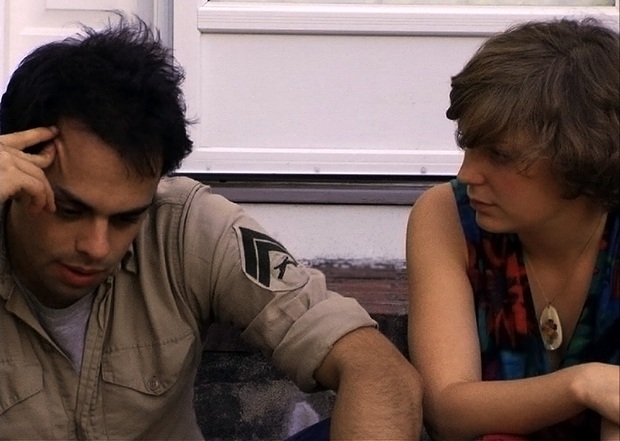 I first discovered Nathan Silver’s films via his 2008 Slamdance short, “Anecdote,” which, for a short of that era had exemplary sound design: My ears were dancing. I’ve also been delighted with the progressively more prolific output that’s followed. But his work hasn’t been exposed in Chicago, at least not until now. Fellow filmmaker (and Northwestern prof) Spencer Parsons has programmed a three-sneak of his compelling work, which I’ll write about at length about his intense, ragged psychological dramas when the films are more readily available. The three features are “Exit Elena” (2012), “Soft in the Head” (2013) and “Uncertain Terms” (2014). And there are at least two features coming right after that (“Stinking Heaven” is at CIFF; see below). I asked Parsons what he found attractive about Silver’s filmmaking prowess. “Nathan Silver elicits uncommon nuance and urgency from his performers that stands apart from the crowd even in this time of aggressive improvisation favored by young, American directors,” Parsons emailed me. “And that’s matched by a light and rhythmic sense of composition across the frame and the narrative that distinguish his micro budget features as beguiling, fully imagined stories, rather than calling cards of deferred promise.” (Ray Pride)

“Soft in the Head” plays October 14 at 7:15pm; “Exit Elena” at 7pm and “Uncertain Terms” at 9pm on October 16. Annie May Swift Hall, Helmerich Auditorium, Northwestern University, 1920 Campus Drive, Evanston. Silver will appear. “Stinking Heaven,” his “darkly sardonic” drama of a stranger’s entrance into a sober-living community plays at Chicago International on October 17, 19 and 27.