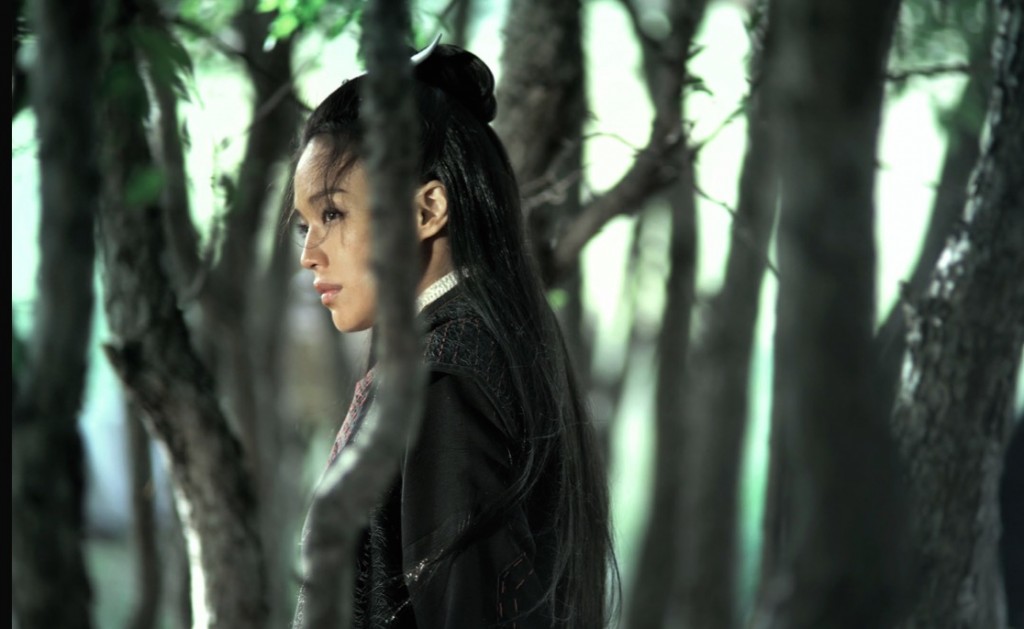 Hou Hsiao-hsien’s movies teem with tactile glories, eddies of visual strophes, the stillness of faces, the tension of bodies transfixed, the swirl of color upon color, the seething heat of regret settled into the body. “The Assassin,” the sixty-eight-year-old Taiwanese master’s first feature since 2007’s “Flight of the Red Balloon” is warm to the touch but cool with intellect. Despite the rich sensations of the ninth-century-set panorama of court life and martial arts, “The Assassin” resists empathy. The camera is often at great distance, with battle scenes erupting abruptly in the middle or even greater distance, and moments of emotional openness between characters are captured by candlelight and seen through drowsily-in-motion scrims of colorful muslin. Stillness thwarts the screen. As the title assassin, Hou stalwart Shu Qi stands in and moves with blissful calm, her character’s mission heavy on her small shoulders since a small girl. A fifth, fourth, even third viewing, I eagerly fear that “The Assassin” will bring me to tears. For a first glimpse, the successive raptures of Mark Lee Ping Bing’s cinematography suffice. Pure cinema: get it while it’s chilly. “The Assassin” is Taiwan’s submission for Best Foreign Language Film. 107m. (Ray Pride)

“The Assassin” opens Friday, October 30 at the Music Box. The trailer is below.