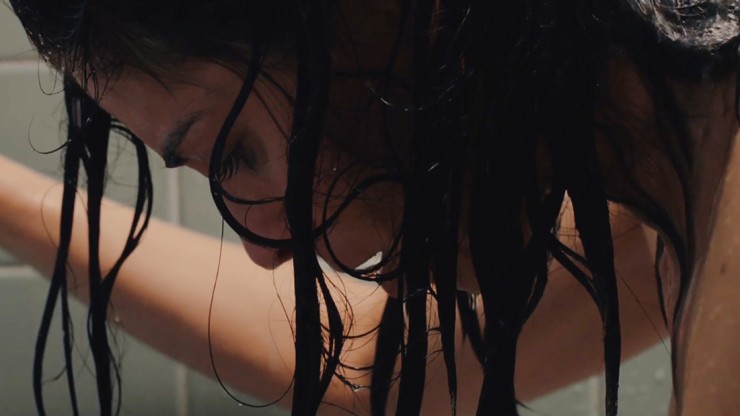 Adam Salky’s “I Smile Back,” written by Paige Dylan and Amy Koppelman, offers Sarah Silverman (based on a 2008 novel by Koppelman) a plum role as Laney Brooks, a privileged New Jersey housewife, a mother with two kids, whose lifelong depression deepens as she self-medicates with drinking and drugs. Silverman’s dramatic bona fides have always glimmered around the corners of her small, sly smirk-smiles, and in Sarah Polley’s 2011 “Take This Waltz,” she shared a couple of that drama’s darkest scenes. And while it seems she has nothing to prove as a performer, her habitation of this dark, destructive character is more than impressive, it’s stark and stirring. Laney is quiet, chilling, seemingly flooded with thoughts of the worst kind. Small details accrue; sorrow simmers. With Josh Charles, Thomas Sadoski, Mia Barron, Terry Kinney, Chris Sarandon. 85m. (Ray Pride)

“I Smile Back” opens Friday, November 6 at River East.