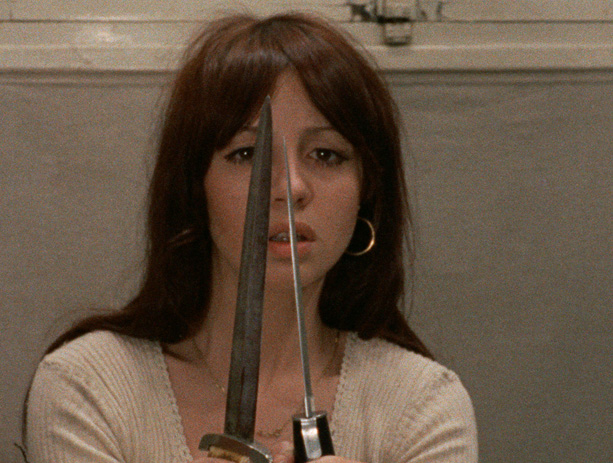 Never lost, but seldom seen, Jacques Rivette’s “Out 1,” the justifiably legendary twelve-hour-fifty-five-minute epic of post-1968 Paris has been digitally restored, supervised by cinematographer Pierre-William Glenn. Previously seen only via a single 16mm print circulating to cinémathèques (including a Memorial Day weekend Siskel showing in 2006), it is now being shown around the country prior to a January 2016 Blu-ray release. Its extended form, divided into eight episodes, anticipates the phenomenon of “binge-watching” by decades, and that 2007 showing in the company of a raft of cinephiles old and young was a fantastic communal experience. (The film, and its shorter, feature-length variation, has been on a German DVD since 2013, but requires an all-region player.) It’s worth seeing on a big screen with a big crowd because of the modesty of its gestures and the grandeur of its madness, mingling conspiracy adapted from Balzac’s “History of the Thirteen,” notions of performance, galling acting exercises of the era performed by double, warring troupes, impacted jealousy, labyrinthine intrigues, counterculture quiddities, sudden gunfire and remarkable experiments with time and duration that are almost unaccountably moving. With Jean-Pierre Léaud, Juliet Berto, Michael Lonsdale, Michèle Moretti, Bernadette Lafont, Bulle Ogier. 775 minutes; this version is thirty minutes longer than the version seen in 2007. (Ray Pride)

“OUT 1” opens Friday, November 6 at Siskel. The complicated showtimes are at siskelfilmcenter.org/out1 A trailer is below.