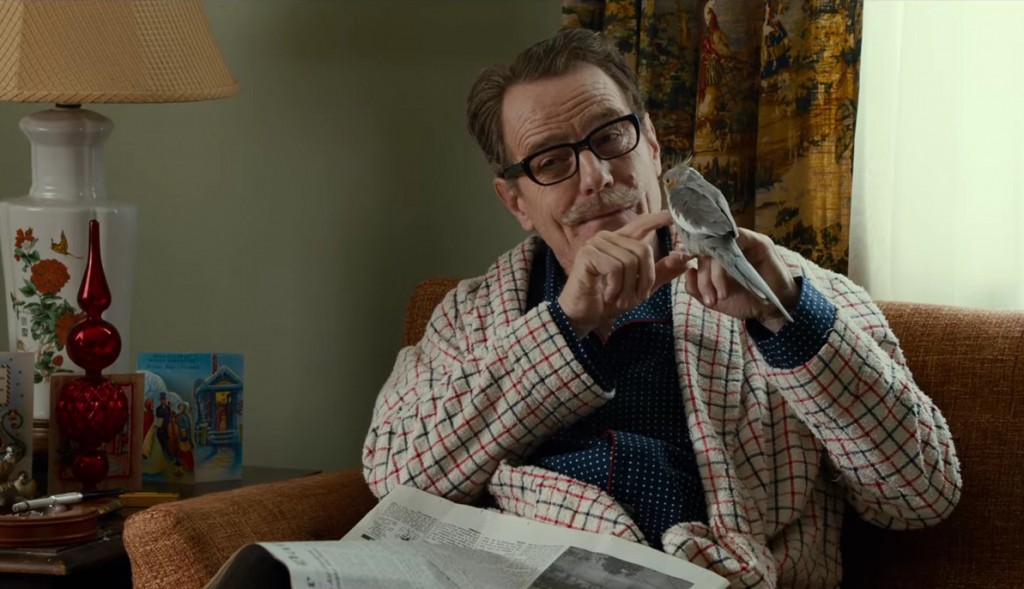 Jay Roach’s shift from broad comedy (the “Austin Powers” pictures, “Meet the Parents”) to lower-key, politically tinged comedy (“Game Change,” “The Campaign,” “Recount”) is a cheering one, even if small scale. The splendidly acted while tonally eccentric “Trumbo” engages all sorts of adult concerns missing from movies these days, not limited to gently dramatizing the life of one of the most colorful characters affected by the late 1940s and 1950s Hollywood blacklist. Bryan Cranston’s a crotchety character actor all the way here, making for a more modest performance than his “Breaking Bad” life-changer, but there’s a keen twinkle here that pops up sporadically among all the other real-life, if not necessarily true-to-life figures. (Roach directs Cranston again in “All The Way,” the forthcoming HBO adaptation of Robert Schenkkan’s play about Lyndon Baines Johnson.) With Helen Mirren as Hedda Hopper, John Goodman as “Gun Crazy” producer Frank King, Elle Fanning, Diane Lane, Louis C. K., Alan Tudyk and the always-welcome Michael Stuhlbarg as Edward G. Robinson 124m. (Ray Pride)