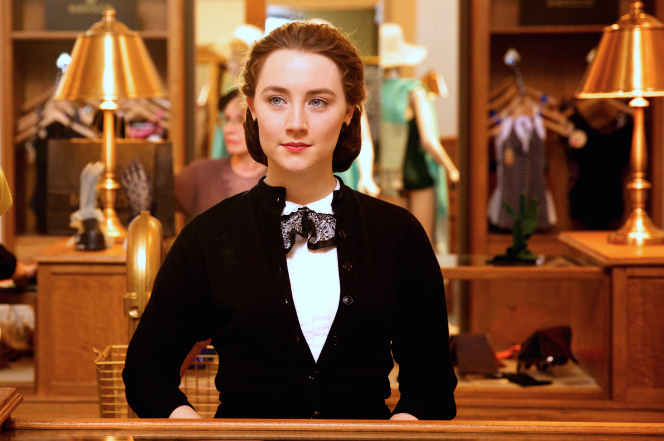 Gifted Irish child actress Saoirse Ronan earns a simpler descriptor with her tender performance in “Brooklyn”: gifted actress. Her features refined, along with the instincts seen onscreen, Ronan plays Eilis Lacey, a woman who travels from Ireland to New York City in the 1950s. She leaves behind a complicated life in Enniscorthy, County Wexford, but America, with new opportunities for work, and for romance, and then an emergency return home complicates things further. Adapted from Colm Tóibín’s fine bestseller by Nick Hornby (“High Fidelity,” “About A Boy”) with elemental grace, and directed by theater-trained John Crowley (“Intermission,” “Boy A”), “Brooklyn” is old-fashioned in its care for craft and basic compassion for the emotional quandaries facing its emigrant characters. A Sundance 2015 selection, “Brooklyn” will gain from the air around an average night of moviegoing, for feelings to well and recede after its calibration of emotions, rather than a rushed, chill-and-sun film festival experience. Its virtues are understated, powerful, genuine. With Emory Cohen as the American suitor and Domhnall Gleeson as the young Irishman back home, Brid Brennan, Jim Broadbent and the ever-compelling Julie Walters. 112m. (Ray Pride)