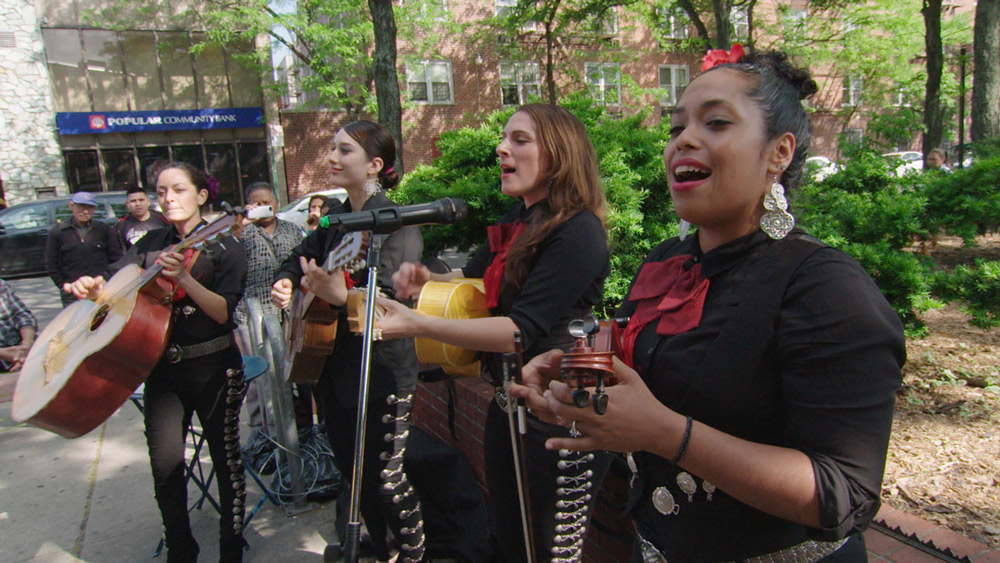 Obstinate, observant, a sculptor of modest cathedrals from the simplest materials—humans in their interactions—eighty-five-year-old Frederick Wiseman has fashioned another lilting, longitudinal look at community. The community, in this case, is the multi-multicultural community “In Jackson Heights,” in New York City, an agglomeration, it’s estimated, of at least 167 languages (of which English, Spanish, Arabic and Hindi are represented onscreen). The New Yorker’s Richard Brody assumed a limb and climbed upon it earlier this month when he wrote, “if the end-of-year lists were to be made today, ‘In Jackson Heights’ would be a contender for Best Screenplay.The fact that its dialogue wasn’t written by Wiseman is irrelevant. He didn’t author the words but he authored their cinematic form, the images and the rhythms, the selection and the context, that rescues them from the stream of time and seemingly sculpts them, in high relief, onscreen.” Real life as malleable as memory: the watchful eye, the attentive ear. A pretty good summation of what Wiseman’s done all along, and I couldn’t do much better than plus-one Brody. 190m. (Ray Pride)