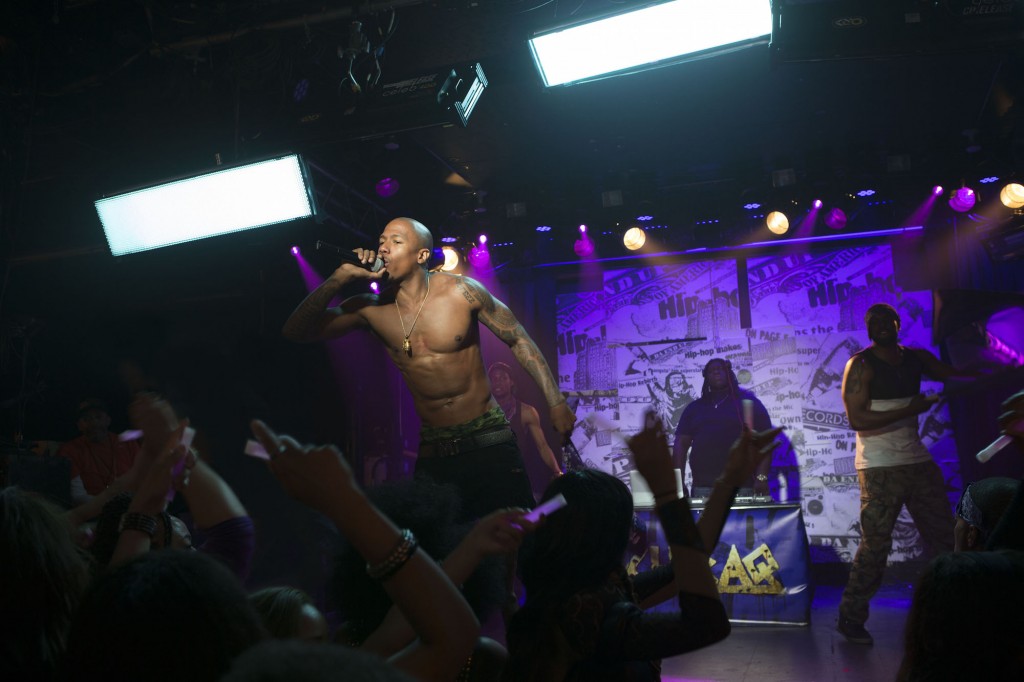 “Chi-raq” is a bad movie, or more accurately, several bad movies at pitched battle with one another. It is as consummate a curiosity as could be made today with the finance of a beneficent billionaire set to make a name for himself in a new field. (As in Jeff Bezos and the “Amazon Studios” label.) Spike Lee’s state-of-the-union address has ambition to burn, and it burns it to the ground.

“I don’t live in no fuckin’ Chicago” is part of the extended pre-credits scene of red letter-lyrics on a black background, and “Chi-raq” doesn’t. Despite being shot on Englewood locations, the sense of setting is otherworldly and non-site-specific, and could have been located in any American city with violence that bursts from simmer to carnage in a soon-stilled heartbeat. (Lee has cited “Killadelphia” as a nickname for Philadelphia and “BodyMore, Murderland” for Baltimore, for instance.)

For all its rhetorical fury and its stabs at satire, Lee and cowriter Kevin Willmott’s burlesque variation on Aristophanes’ “Lysistrata” plays like a 1960s amateur theatrical production rather than anything nearing a coherent, cogent statement about violence in America today. Among the theatrical devices: the dialogue is composed in doggedly doggerel rhyme, running from bad to verse, seldom delivered naturalistically. As omniscient narrator Dolmedes (gleeful peacock Samuel L. Jackson) declaims, “In Da year 411 BC, before Baby Jesus Y’all, Da Greek Aristophanes penned a Play satirizin’ his DAY. And in the style of his Time, ‘Stophanes made dat Shit Rhyme.” (Punctuation Lee’s own.) 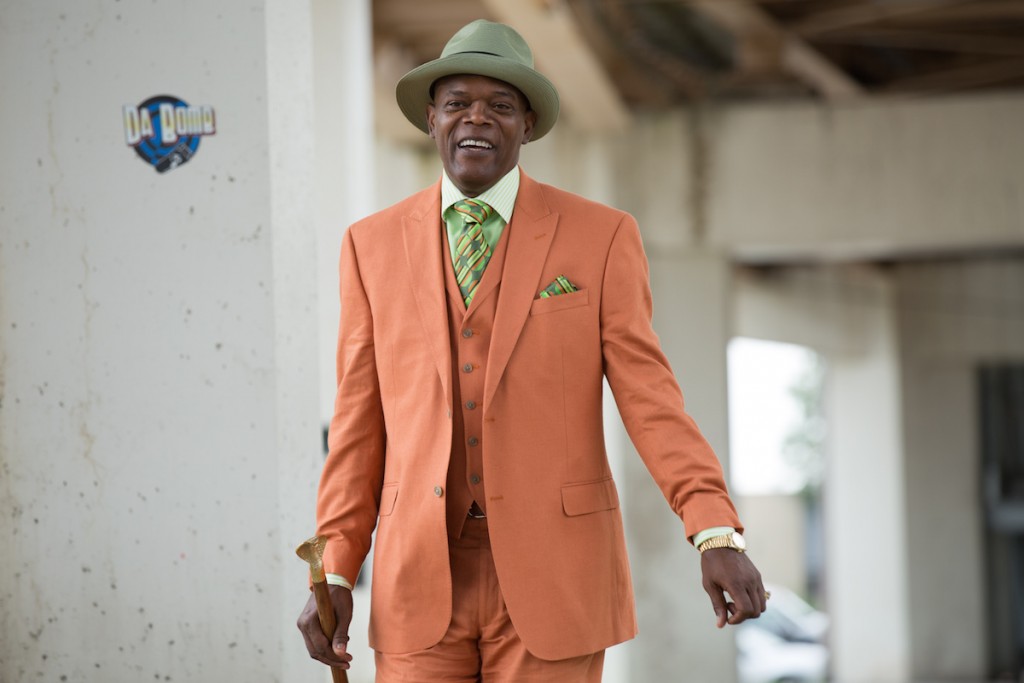 The back-to-back opening raps bear down with vivid verbal urgency: the pre-credit sequence and then the opening crane shot that moves from the Damen Blue Line platform toward the Double Door (redubbed “Da End Up”). Nick Cannon’s character—a rapper called “Chi-raq”—is introduced on stage in front of a sea of swaying fans, his lyrics popping up on screen like text messages, before a shooting breaks the fever, setting up the rivalry between his Spartans gang and the Trojans, led by eye-patched Cyclops (Wesley Snipes).

So far, so furious, despite anemic costume and production design that evoke fond memories of the stylization of “The Warriors.” (There is a shout-out to the “Warriors, come out and play” refrain of Walter Hill’s film: “Bitches and hoes… come out to play-ay.”) The shooting of an eleven-year-old girl hurtles the drama into motion, but the commotion of other moving parts of the screenplay, including too many scenes of satire that should be labeled “satire” as fair warning, drowns out the intermittent antiviolence shoutouts. While there are strong arguments to be made for feminist sentiment in some of Lee’s work, the sex-strike plot device, drawn both from Aristophanes and a 1990s movement by Liberian peace activist Leymah Gbowee, who later won the Nobel Peace Prize in 2011 comes across as a rationale for ratcheting up the sexual language, not limited to “no peace, no pussy,” “the penis power grid,” “the nappy pouch” and the “steamy creamy hot buttered biscuit” and “That’s a big-ass brass bed for banging black booty.” The lingo’s built upon decades of history of rap, as well as the “party records” of Redd Foxx and Rudy Ray Moore, but its savor is mostly unmemorable. Lee has also cited “Dr. Strangelove” as a predecessor for his mix of satirical tones, but one of these two films is better than the other one.

Cinematographer Matthew Libatique (“Black Swan,” “Requiem for a Dream,” “Josie and the Pussycats”) finds color and shadings in limited Chicago locations and works wonders with variations on brown to black skin tones, but he’s at a loss with John Cusack’s ghastly pallor, heightened by an aggressively black dye job. Lee finds a place for his signature onrushing-apple-cart shot, where a character stays in place and is tugged along with a moving camera, but there are few other camera moves or widescreen compositions of note. (And a baffling mid-movie montage of architecture in the Loop that shows no characters is simple touristic nonsense, which may well be its point.)

The funeral peroration for the dead child by Cusack’s character, based on Father Michael Pfleger, is filled with bold proclamations. Powerful phrases tumble and clatter: “Politicians are in the pocket of the NRA”; “Mass incarceration is the new Jim Crow”; and “self-inflicted genocide.” Weirdly, the ADD coverage and cutting diminish any chance of cumulative power from the stern words. Instead of all the gleeful trash-talk honoring Foxx and Moore, there might have been more power in skin-prickling rhetoric that points not fingers but bazookas rather than superficially bold but ultimately facile, impotent comedy.