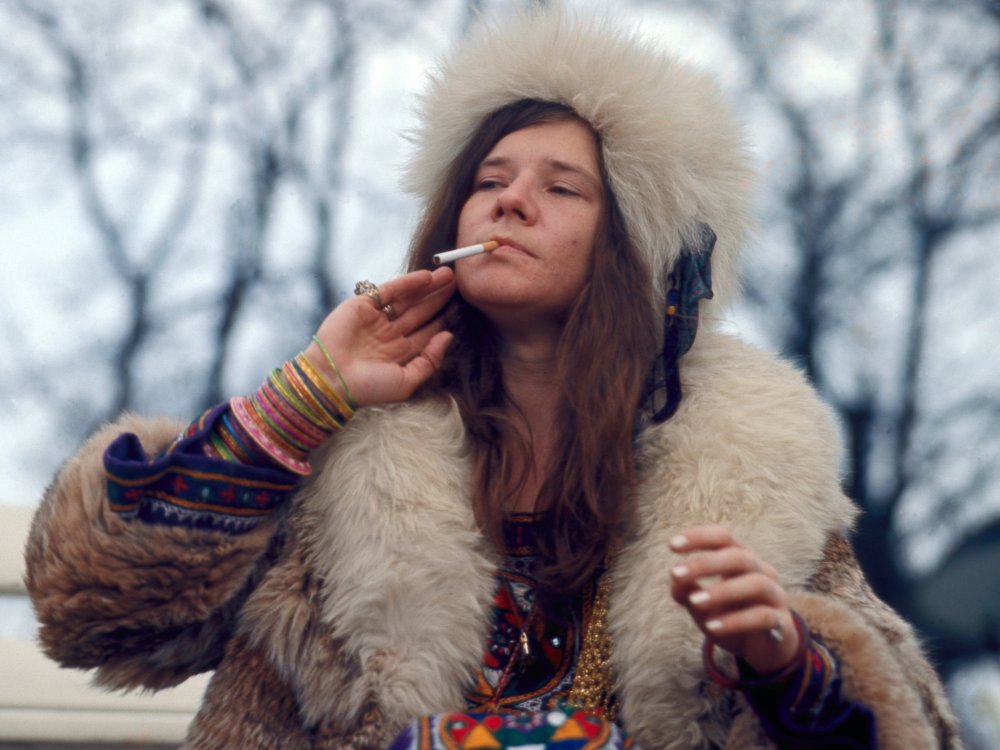 Amy Adams is the most recent actress hoping to portray Janis Joplin in a biopic, but Amy Berg’s splendid “Janis: Little Girl Blue” (co-produced with PBS’ “American Masters,” Sony Music Entertainment and Alex Gibney’s Jigsaw Productions) shows what folly any such movie might be, especially in the face of the talent and sheer charisma in archival and concert footage. “I’d like ya to feel like standin’ up and jumpin’ up and down in time to the music, gettin’ sweaty, just goin’ with the music, just goin’: Rock ‘n’ roll’s very rhythmic. That’s what it’s all about, y’know. One-two-three-four—” Joplin says over the main credits, with a smash cut to drop-dead magnetic Joplin in full close-up, full glory, turning her head as she hits a note, another, her shoulder-length hair filleted with red feathers asway. That one shot, even before the rest of the movie’s magical footage, or the strains of her powerful voice blows any need for fiction out of the atmosphere. Plus Joplin, who didn’t make it past twenty-seven, describing, knowingly, lovingly her influences, abashed expression on a face still given to breaking out: “Now Billie Holiday and Aretha Franklin, they are so subtle, they can milk you. With two notes! They could go no farther than A to B and they could make you feel like they told you the whole universe. And Otis! Oh. Otis! My man. But I don’t know that yet, all I got now is strength, but maybe if I keep singing, maybe I’ll get it.” She got it. So has Amy Berg. 80m. (Ray Pride)