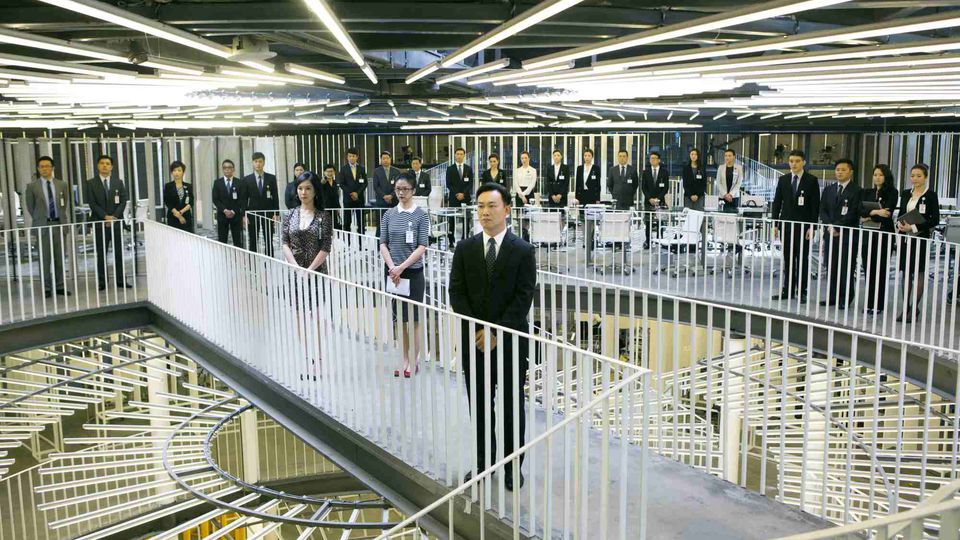 (Huá Lì Shàng Ban Zú, or “Glamorous Office Workers”) A structuralist musical based on a stage production, set in a single-setting office from one of the world’s most inventive action directors? Oh yes. Yes. “Office,” set during the 2008 world economic meltdown, is an angular eyeful, demonstrating keen geometric and spatial logic at every turn. (The minimalist production design is by William Chang of “The Grandmaster,” “In the Mood For Love.”) 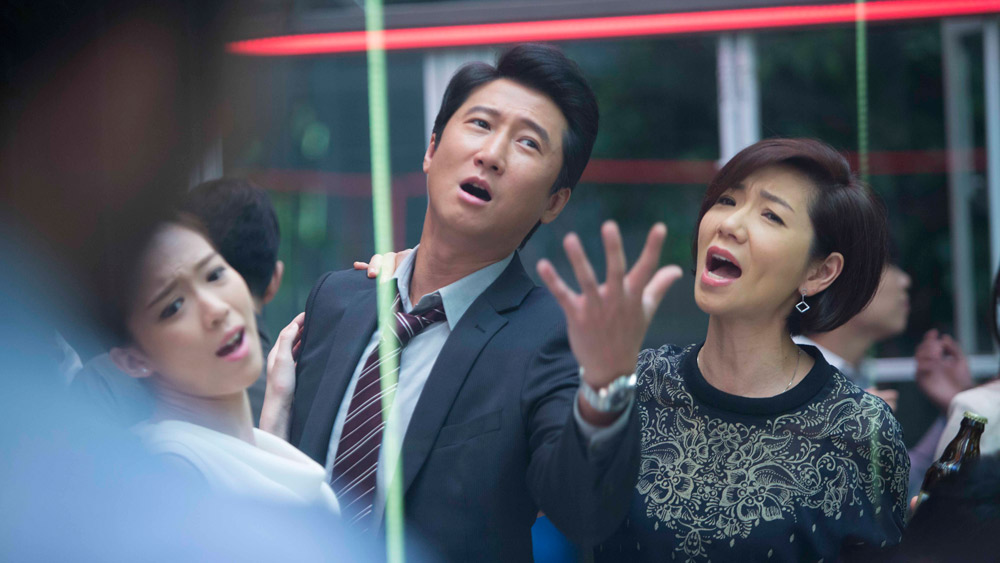 As should be the case in musicals, but is also the case in his gangster and crime pictures like “Election,” it’s radically strange but seems utterly fated in its clean, elemental fashion. The bones-bared design—there’s literally nowhere to hide—looks fantastic even as the story-armature of corporate intrigue falls away: the hypnotic and lovely choreography of setting and performers is narcotic, capering, swirling, gliding. (A vast centerpiece of a clock with exposed works and huge, slowly turning gears, both gentle and crushing, is but a single delight.) The Canto-pop tunes aren’t worthy of Kurt Weill, but the lyrics dish Brechtian tang. With Sylvia Chang (author of the adapted play, “Design for Living”), Chow Yun-Fat, Eason Chan, Tang Wei, Wang Ziyi. 120m. While produced in 3D, a flat version is showing in the U.S. (Ray Pride)

“Office” opens December 4 at Siskel. The Hong Kong trailer is below.