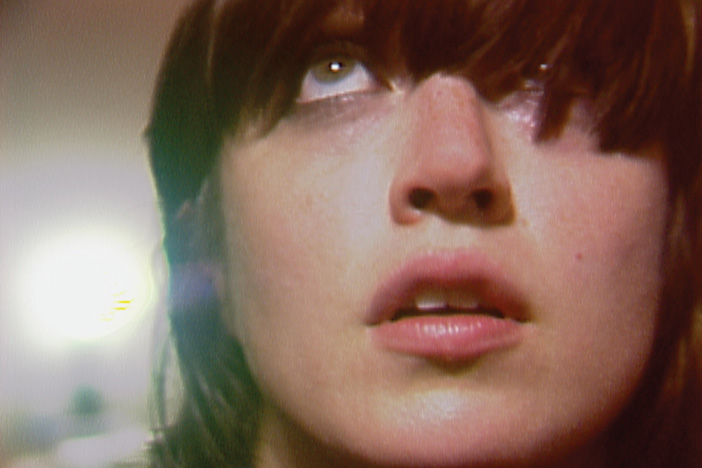 The marvelous, maddening “Stinking Heaven,” filmmaker Nathan Silver’s fifth feature in six years, is a plangent black comedy about the escalating hysteria in a disintegrating rehab commune run by a couple (Deragh Campbell, Keith Poulson) in rural New Jersey in 1990. Silver’s mingling and meshing of perspective and anecdote is more concerned with the dynamics of the provisional group than of singular protagonists. With ragged video and improvisational grit (mimicking the commune’s reenactment therapy), captured documentary fashion but with elliptical dreaminess, often in boxy close-ups close-in on faces, Silver elicits and observes behavioral sway, characters (and actors) who are surprised by the proximity of feeling and thought. As in all his prior work, back to his shorts, Silver is attentive to sound, even when the image has been shot with a 1980s Ikegami newsgathering video camera: the aching yaw of sound in space, near or distant, the convincingly objective atmosphere meshed inextricably with piercingly subjective sound design. With Tallie Medel, Hannah Gross, Henri Douvry, Eleonore Hendricks. 71m. (Ray Pride)

“Stinking Heaven” opens Friday, December 11 at Facets. The trailer is below.