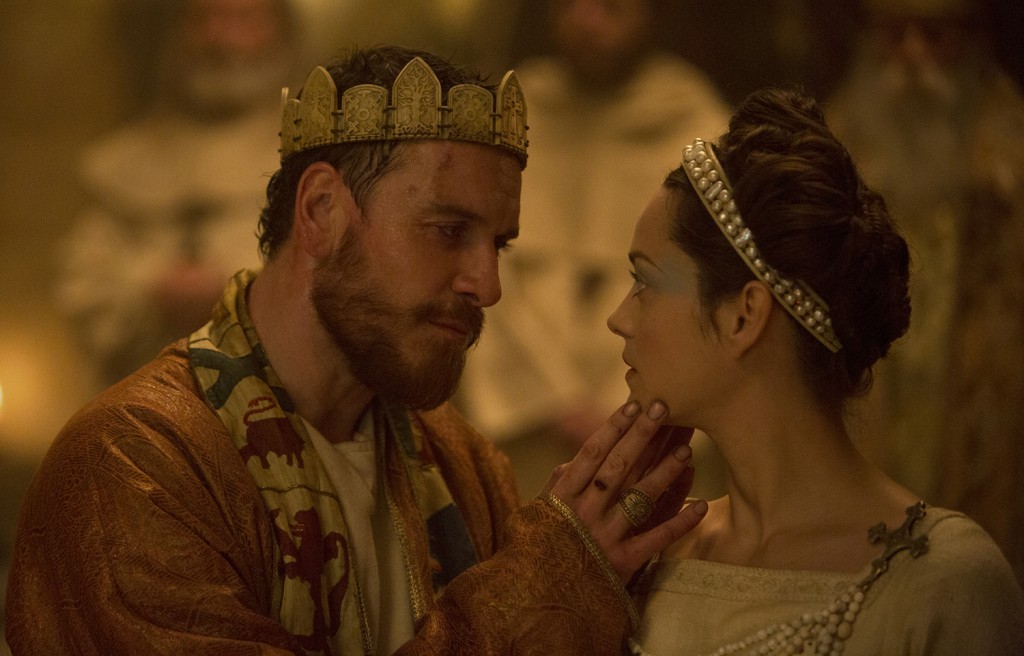 Young Australian director Justin Kurzel’s stripped-down, bloody-ragged adaptation of “Macbeth” is not from any page-strapped “Tradition of Quality,” but of a bone-and-rag tradition of muck and mire, steeped in cold, crushing forces of weather and expanses of land rather than petty relations of liege and lord. It’s a world of filthy sensation, rain and smoke-smear, chafe and reek, framed with agility and colored through-and-through with sensation by cinematographer Adam Arkapaw (“True Detective,” “Animal Kingdom,” “Top of the Lake”). Kurzel’s earlier film, “Snowtown,” delved into suburban killers of no great loquacity, but of galvanic presence and urge. Fassbender’s Macbeth is in that league, with much of the venturing of his savage ego as off-screen soliloquy. Fassbender wanders this world, a soldier fraught with PTSD, a warrior whose queen (Marion Cotillard) expects more than a broken man from war. The unsettling sensation grows: this story is timeless, this telling is now. At the end, the camera escapes into a landscape of red, reddest hell, succeeding the bloodedness that came before, then nothingness, suiting this brutal, pessimistic, powerful picture. With David Thewlis, Paddy Considine, Jack Reynor, Sean Harris, Elizabeth Debicki. 113m. (Ray Pride)

“Macbeth” is the second feature from Amazon Studios; it opens Friday, December 11 at Landmark Century, with a yet-to-be-announced date for streaming on Amazon Prime.