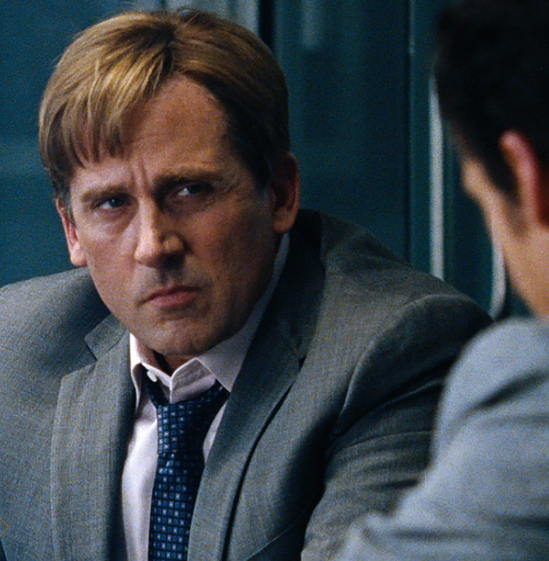 Adam McKay’s bristling, bustling farce-cum-polemic about the guys who foresaw the 2008 banking meltdown coming in the form of the subprime mortgage scam is filled with rabble-rousing goodness and the kind of intelligent but off-center laughs you hope to land from the director of “Anchorman.” Based on Michael Lewis’ chronicle, “The Big Short: Inside the Doomsday Machine,” McKay and Charles Randolph’s screenplay is an agreeable riot of tones, including direct address to camera by characters, montages of pop culture and unlikely cameos where difficult financial topics are briskly explained. (And it’s hilarious.) And a whole lot more politics: subtext and undercurrent in McKay’s filmography becomes a rushing comic river of prickling comedy. Everyone’s game for the craziness, playing these determined Diogeneses, including Christian Bale, Ryan Gosling, Brad Pitt and, in an all-time best performance, all intensity and impatience, Steve Carell. Of course, the great and terrible irony is that these guys who saw the enormity of what was coming at the hands of big bankers are betting hundreds of millions of dollars for it to happen. As McKay puts it in the press kit, “This film explores how an entire culture can get caught up in the mania of a corrupt system. In my cartoonish fantasy dream, my hope for this movie would be that people get really mad and upset and walk out of the theater and ask their congressman how he’s been voting on banking reform. That would be my dream. My dream would be for everyone to tell their congressmen, ‘If you’re not for breaking up the big banks, I don’t care if you’re rightwing or leftwing—you don’t get my vote.’” The antic camerawork is by Barry Ackroyd, whose work includes twelve films for Ken Loach, “United 93,” “The Hurt Locker” and “Anne Frank Remembered.” With Marisa Tomei, Margot Robbie. 130m. (Ray Pride)