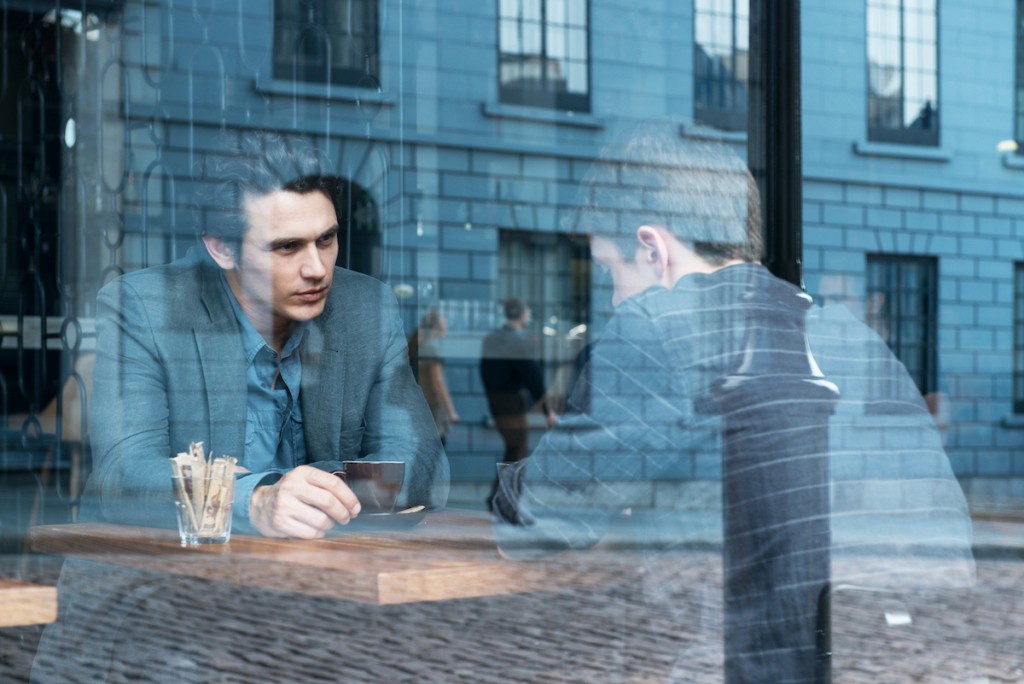 A terrible thing happened to Wim Wenders: he cast James Franco. “Every Thing Will Be Fine,” Wenders’ Québec-set foray into 3D fiction filmmaking, begins with a terrible thing happening to Franco’s chilly novelist, Tomas, who runs over a child on a snowy backroad. Years after that terrible event, still rapt with guilt, he returns to the scene to make some sort of amends with the boy’s mother (Charlotte Gainsbourg, playing perplexity pluperfectly). (Comparisons to Atom Egoyan’s masterful puzzle “The Sweet Hereafter” would be unfair to this puzzling mass.) Across the dozen years of the story, is Tomas profoundly, irreconcilably besorrowed, or is he just James Franco looking haggard and blank? Lush play with surfaces and reflections (accomplished by regular means in Todd Haynes’ “Carol”) suggests complex life where grief-stodged encounters do not. As one of the women who would love Tomas, if he would but be loved, Québécoise mainstay Marie-Josée Croze makes a fine impression, more so than Rachel McAdams as his estranged girlfriend, saddled with a most peculiar accent. The busy, confining cinematography is by Benoît Debie (“Enter the Void,” “Spring Breakers”). With Peter Stormare, Patrick Bauchau. 118m.

“Everything Will Be Fine” opens Friday, January 8 at Siskel. While shot for 3D exhibition, the “flat” version is being shown outside of New York City.