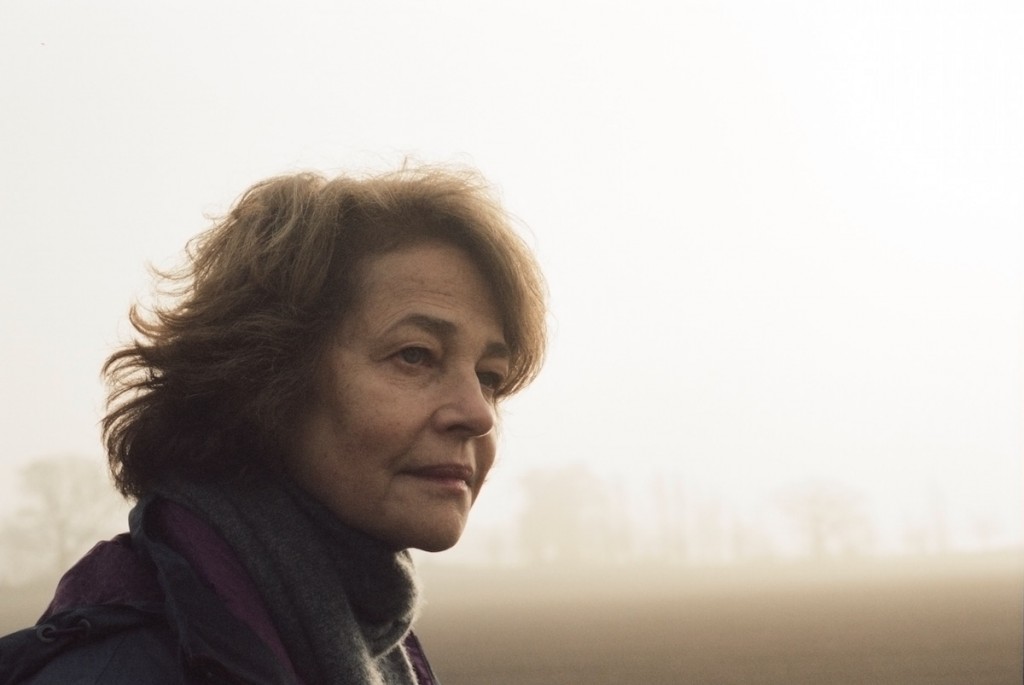 We all have secrets. Some stay kept. Most should. Charlotte Rampling and Tom Courtenay excel in “45 Years,” Andrew Haigh’s understated, cleanly sculpted story of a devastating week in a married life after a forty-five-year-old secret is revealed. Before meeting his wife Kate, Geoff Mercer had loved another woman, who died in a tumble into an Alpine crevasse. With the coming of global warming, the long-dead, still-young Katya is discovered in a thawing glacier. Geoff does not react well. Kate does not react well to Geoff’s reaction. Haigh’s “Weekend” worked with similar modest means and observational delicacy in sketching the beginnings of a possible lifelong relationship. And there’s curious cultural resonance in the casting of two iconic figures of London’s Swinging Sixties—Courtenay from roles as in “The Loneliness of the Long Distance Runner,” Rampling in “Georgy Girl”—creating echoes akin to the story itself, in which a long-dead figure wreaks complications upon not only an uneventful anniversary on the horizon, but on the years that preceded it. Both actors combine precision with mystery—Rampling’s slow burn is a pinnacle of unfussy screen acting. Passive-aggressiveness is to be feared in all souls, but especially upon her commanding mask of a face, her sheer charismatic presence. Cinematographer Lol Crawley (“Ballast,” “Here”) creates a mood of England that exceeds its wet, mucky, battered, built-upon modern reality but not romanticized in the custom of second-rate period pictures or series. 95m. (Ray Pride)

“45 Years” opens Friday, January 15 at Landmark Century and other theaters.