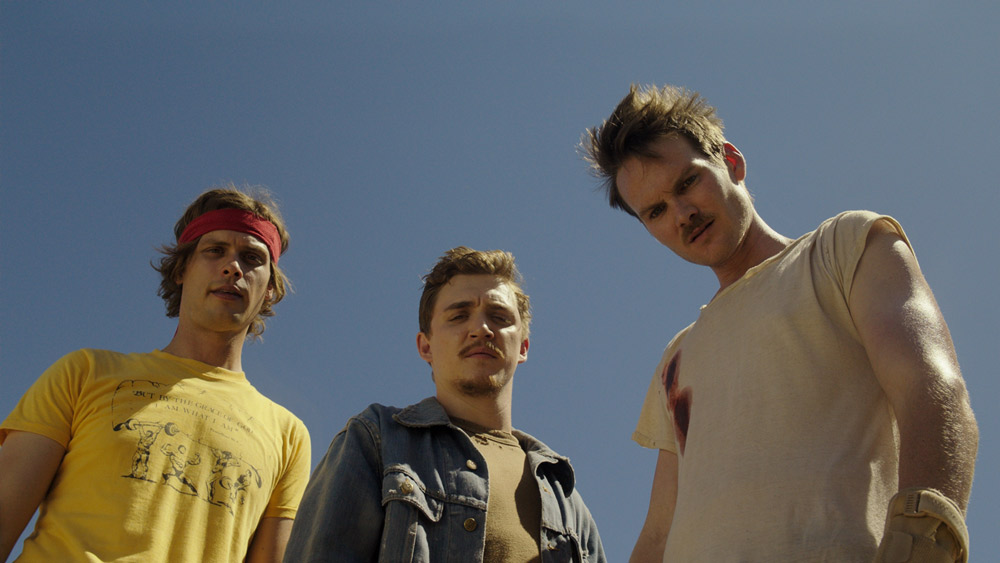 Tom Sawyer and Huck Finn are all grown up in Aaron and Adam Nee’s “Band of Robbers,” a gamy heist film transposing Mark Twain’s characters to the modern day—Huck’s just out of stir, Tom’s a cop—as well as to a world where colorful, crooked, working-class characters seem to have mainlined Wes Anderson movies, not limited to “Bottle Rocket,” and the likes of “Napoleon Dynamite” since the womb. Reportedly a quarter of the dialogue is drawn from Twain, and enough of the updates are inventive enough to be diverting. With Kyle Gallner, Adam Nee, Eric Christian Olsen, Matthew Gray Gubler, Melissa Benoist, Stephen Lang, Hannibal Buress. 95m. (Ray Pride)