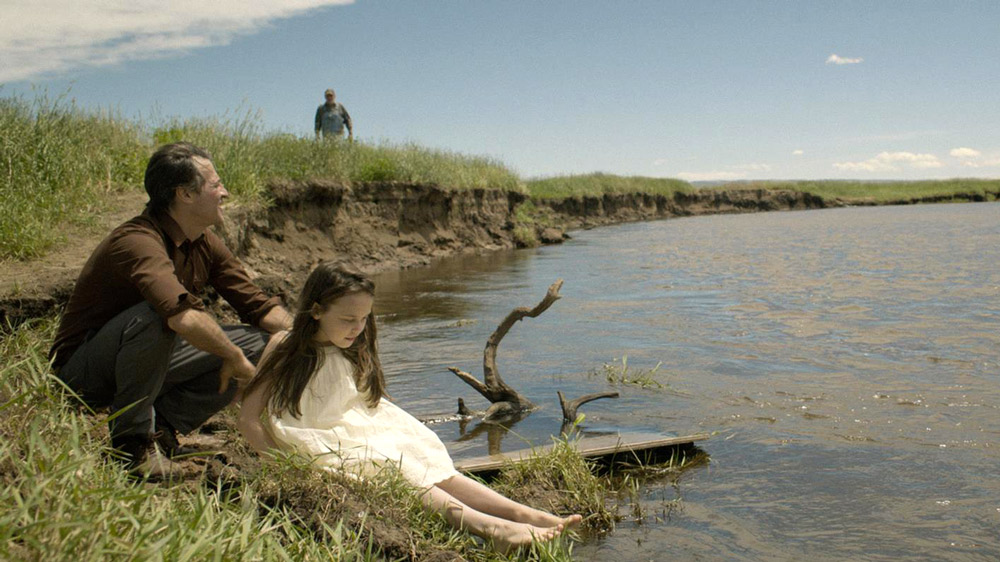 Writer-director-star Ross Partridge’s “Lamb” (based on a novel by Bonnie Nadzam) finds beauty in the service of an unnerving story about an unmoored forty-seven-year-old habitual liar named David Lamb (Partridge). After his father’s funeral, with a divorce in the offing, he befriends an eleven-year-old girl, Tommie (Oona Laurence), and invites her to a Rocky Mountains getaway. While rife with portent and potential pitfalls, the relationship in “Lamb” is nonsexual, and while disturbing, has only a few scenes that even come near the elemental horror of “Room,” with its child witnessing sexual abuse. For her own reasons, Tommie acts above her age. “Maybe this is the last time we should hang out for a while,” he says. “Why, because it’s weird?” she says. Lamb’s damage, however, is the troubling wild card and Partridge plays him both for sympathy and as someone to fear. “Lamb” is a narrative game, cunning in constructing its own pathology. Its rural idyll draws us in. With Jess Weixler, Tom Bower, Scoot McNairy, Joel Murray, Lindsay Pulsipher. 97m. (Ray Pride)