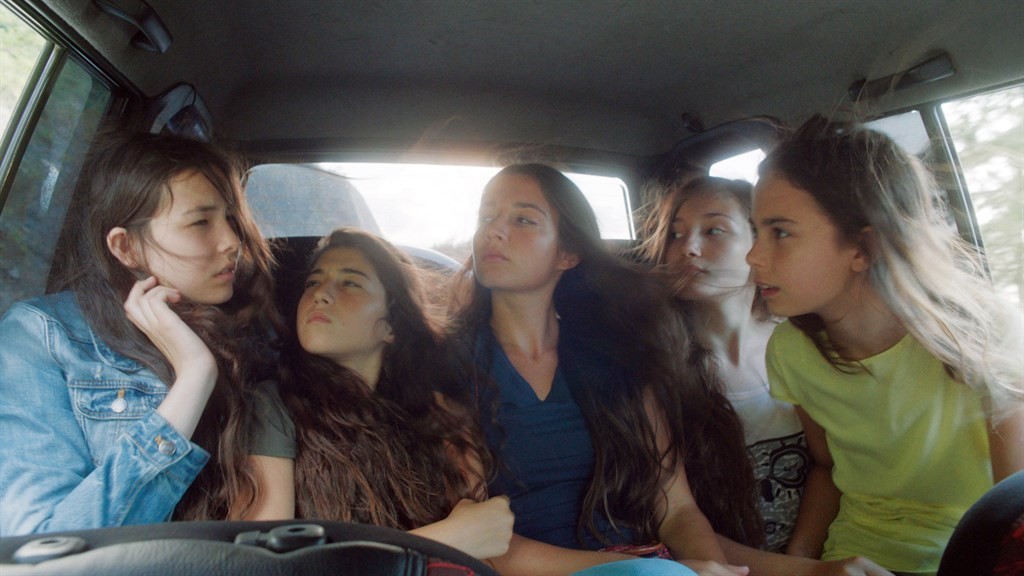 “Everything changed in the blink of an eye. One minute everything was fine, then everything turned to shit”: this is the opening narration from the mouth of Lale, the youngest of five headstrong orphaned sisters in “Mustang,” a provocative yet joyous celebration of the power of female agency. A self-conscious fairytale, it’s one of 2015’s smoothest, most confident directorial debuts, superficially a Turkish “Virgin Suicides,” but very much the thirty-seven-year-old Turkish-French director Deniz Gamze Ergüven’s own wild creature, drawing upon western European cinematic sensibilities as well as the verdant yet rustic setting in a Turkish backwater, Inebolu, a town on the Black Sea 600 kilometers from Istanbul. Ergüven is quick to point out her mythical sources, including allusions to the Minotaur, the labyrinth and the five-headed Lernaean Hydra, and her avowed cinematic influences run farther afield than merely Sofia Coppola, including Visconti’s “Rocco and His Brothers,” the men-in-captivity tales of Bresson’s “A Man Escaped” and Don Siegel’s “Escape From Alcatraz,” as well as Pasolini’s “Salò, or the 120 Days of Sodom,” which Ergüven calls “the story of society grappling with fascism through the prism of a sordid tale.” “Mustang” is France’s 2015 entry for the best foreign language Oscar, and a full embrace of its darker implications is unlikely in its increasingly conservative home country. 100m. (Ray Pride)