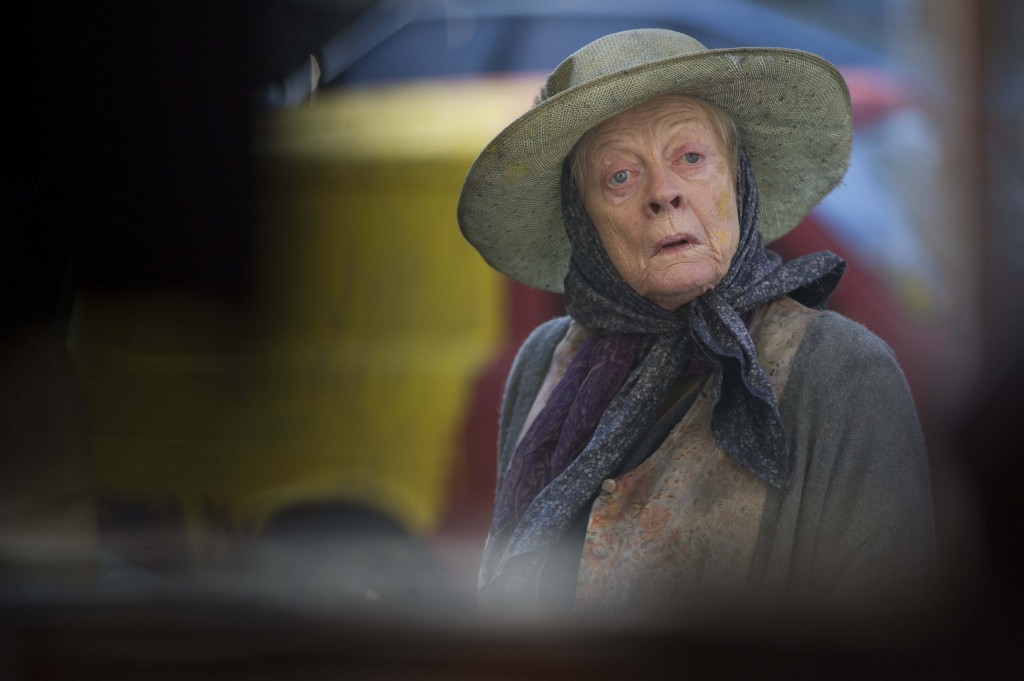 In Nicholas Hytner’s “The Lady in the Van,” Maggie Smith stars as “Miss Shepherd,” an unwanted neighbor of playwright Alan Bennett, a homeless woman who parks her caravan in his London driveway for fifteen years. Brusque comedy ensues as Bennett adapts his own memoir and 1999 stage play and Hytner shoots the story at Bennett’s home and its Gloucester Crescent locations. (Hytner also directed Bennett’s earlier screenplays, “The Madness of King George” and “The History Boys.”) As an elevated microcosmic portrait of the classic English eccentric, tended to by a less eccentric observer, “The Lady in the Van” is particular and ultimately piquant. Smith’s ever-watchable gifts also make this steely, deluded, aristocratic vagrant a fine contrast to her elevated bully in “Downton Abbey.” With Jim Broadbent. 103m. (Ray Pride)

“The Lady in the Van” opens Friday, January 22 at Landmark Century and other theaters.