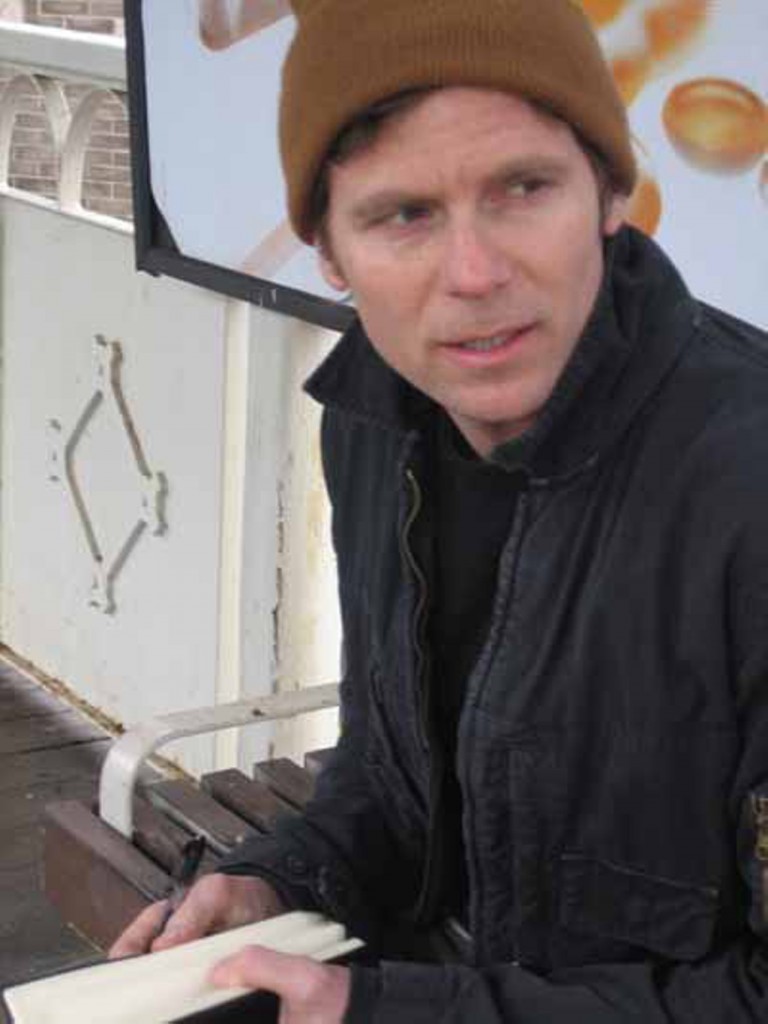 Writer-director Steve Conrad’s credits include screenplays for “The Pursuit of Happyness” (2006), “The Secret Life of Walter Mitty” (2013), and his own directorial debut, “The Promotion” (2008). He’s been fortunate to be able to sustain his career in Chicago, staying in the city after his graduation from Northwestern rather than returning to his Florida origins. He’s always said that Chicago was a place that could sustain a filmmaking community, a hoped-for result that seems possible now even for less-established talents. On Saturday, February 20, Conrad will be in conversation in the ongoing IFP Chicago “75 Minutes With” series, moderated by executive board member Amelia Dellos.

What hard-won wisdom about working regionally and locally might you wind up sharing with the audience?
Where something happens is nearly as important as what happens.

Have you done many events like this?
I’ve done a few. I think the most encouraging thing I’m able to share is that the walk of life is hard for all of us. I struggle to finish, to find believers and to get a film or show going, same as anybody, comes with the territory.

Why did you feel so quickly at home in Chicago?
I had a friend say about Chicago, “You don’t date Chicago, you marry it.” That’s probably it. It’s a serious relationship. So it’s worth writing about.

At some exchanges like “75 Minutes,” the “best of times, worst of times” cliché comes to mind. It seems like a world where all kinds of fresh, vigorous storytelling is welcome, but sustaining a career? Not as easy a game.
Loving the art form and not the business seems to make some difference when it comes to sustaining a career.

How would you describe the state of being a working screenwriter, but not having everything wind up on screen? Are there common misconceptions about screenwriting that you hear and are able to dispel?
The role of the writer can be marginalized only in relation to the ambition of the film. The stronger the film in regards to quality, the stronger the role of the writer. Writers don’t have to sit at the kid’s table.

Could you tell a little about the nine episodes of “Patriot” that will be produced in Chicago? Would it have been possible five years ago? How does the Chicago setting, and importantly, the Chicago filmmaking community (crews, actors), contribute to what you hope the series can accomplish?
“Patriot” is a demanding show in so far as its landscapes are uncommon. Chicago is an uncommon city. It’s a good fit. The crews I’ve been able to work with here also love film. It’s a hard job; it helps to like it, and I’ve found that our best crews here do. It makes a difference. It’s also a very easy city to bring actors to, an easy one to get them excited about living in for six months, especially in summer. Amazon has encouraged us to be ambitious and has given us the resources to take a shot at that. That’s unique.