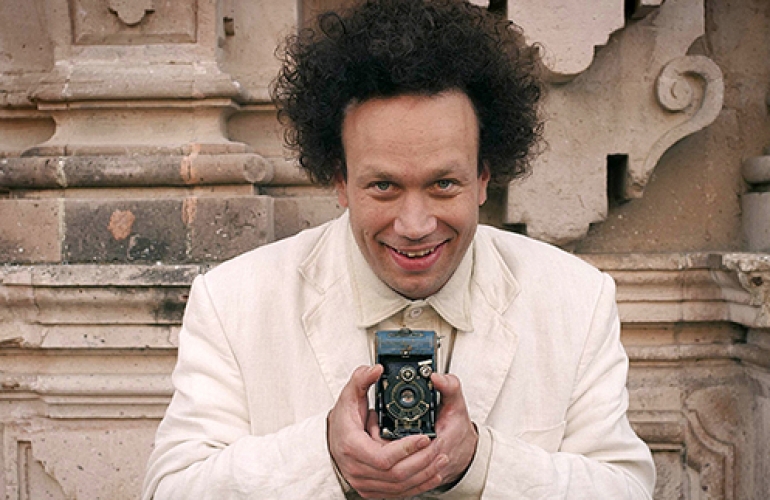 At seventy-three, mandarin filmmaker Peter Greenaway’s newfound fixation is Soviet silent director Sergei Eisenstein, the feature “Eisenstein in Guanajuato” marking the start of a larger, multimedia project. A kind of cockeyed puzzle box about ribald sexual adventures in ten days after the dashed hopes of his Mexican adventure, “Que Viva Mexico!”, “EIG” gains much from an antic high-haired, let-it-all-rise-up, full-frontal performance by eager Finnish actor Elmer Bäck as the sexually backward but soon active and adventurous film pioneer. Greenaway has shown little fear in the past of depicting conflicted sexuality and explicit male nudity and homosexual activity, so why stop now? Dialogue remains a blunt instrument amid Greenaway’s superlative, ever-innovative visual palette: “Somebody has opened the door to a wet and weepy dirty hurricane,” Bäck’s Eisenstein enthuses, nay, gushes. (Slightly more painful than his spoken words is an extended initiation into anal sex.) Eisenstein’s moviemaking prowess is approximated in Greenaway’s own visual approach, tending more toward fuckery than how Eisenstein would construct his own film. It’s no “Draughtsman’s Contract” or “The Cook, The Thief, His Wife & Her Lover,” but with its cannonade of editing styles and tumbling tableaux, it’s still radical, grandly, gaudily upholstered work like nothing else on the scene. Except, maybe, the next patch of Greenaway’s Wide World Of Sergei. With Luis Alberti as the young Mexican guide who turns Eisenstein’s head this way and that, Lisa Owen, Maya Zapata, Stelio Savante. 109m. (Ray Pride)