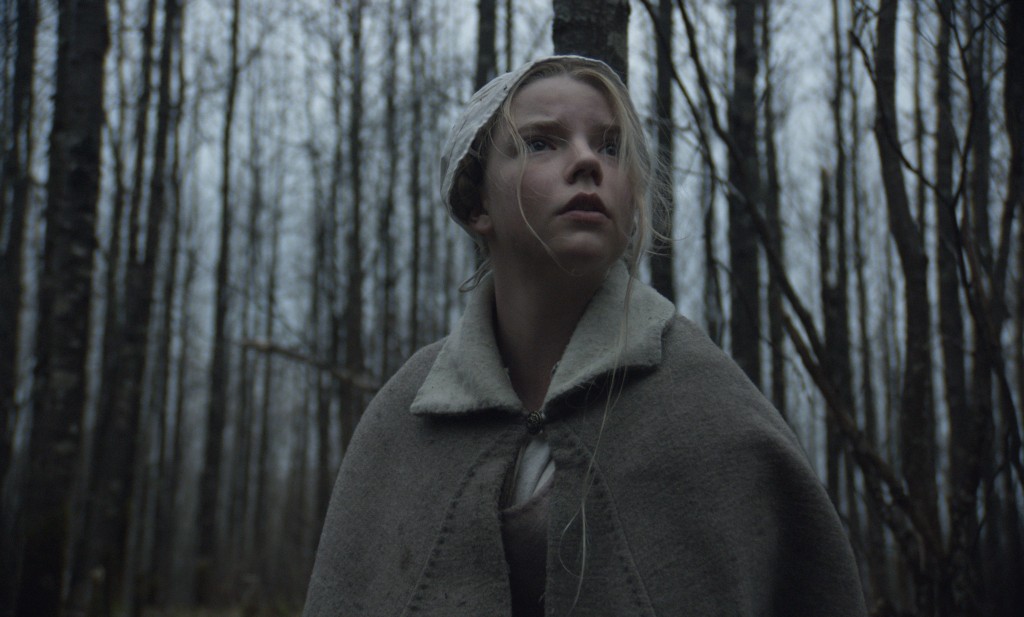 “There’s evil in the Wood.” Darks so dark and mist so thick and fog so menacing they had in 1630 New England, to go by writer-director Robert Eggers’ atmospheric roundhouse-punch horror “The Witch.” Golden hour is chill and blunt and when shadows fall, fear rises. This wilderness seethes, Malick with malice. Banished from their church to the perimeter of a forbidding forest, a farmer with a wife and five children (including twins) have come to America to inhabit a Kingdom of God, but instead settle into a landscape of paranoia. Horror keens, alarming man and beast alike. The oldest daughter, Thomasin (Anya Taylor-Joy) is blamed and accused of witchcraft and Taylor-Joy is vital and churns and fumes—could there be such a thing as witchcraft? Could I be a witch? The atmosphere bristles: this is “The Revenant” with stakes, higher stakes than the accursed soul of a single man seeking vengeance. But like “The Revenant,” there is an overarching sensation that the land resents, resists the incursion of these parties, and the land will have its way with them, at least until the machines leave tracks and the light of industry flickers on and makes the Darkness merely “dark.” The goat Black Phillip has a featured role in the film’s trailers and advertising: Black Phillip has a larger place in the film proper and in nightmares after. Eggers won at Sundance 2015 for best director. The ratings board offers bland reasoning for its “R” rating for “The Witch”: “disturbing violent content and graphic nudity.” Understatement of the month. Of the new year. With Ralph Ineson, Kate Dickie, Ellie Grainger, Lucas Dawson. 90m. (Ray Pride)

“The Witch” opens Friday, February 19 at River East, City North, ICON, Evanston Cine-Arts and other venues. The trailer is below, along with a clip of Black Phillip.