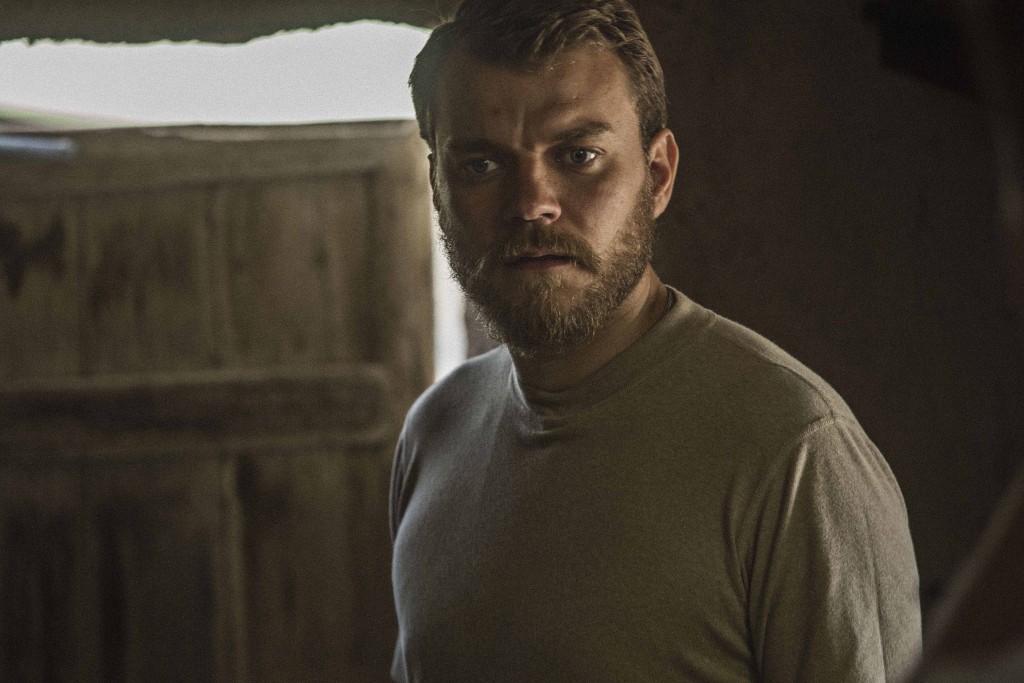 “A War” (Krigen), Tobias Lindholm’s Afghanistan War follow-up to 2012’s fine, terse thriller “A Hijacking” (Kapringen) toils again in a stripped-down, situational urgency suggested by his titles: sleek yet functional, sometimes jagged yet classically composed, vital yet keeping the temperature below the melodramatic range. Lindholm alternates the potentially deadly daily peace-keeping patrols led by company commander Claus (Pilou Asbæk, “Game of Thrones”), with the daily routines back home, with his wife Maria (Tuva Novotny) caring for their three children, missing the sure hand of their father. But the balanced structure doesn’t grow programmatic: a judgment call in the field by Claus goes terribly wrong, and he’s called back to Denmark to face the consequences. The stakes shift, but are measured out with the same dramatic astringency. The elevated realistic esthetic extends to sound design: from the opening scene when a baby-faced solider dies from stepping on an IED to the scene of violence that takes Claus home, the sensations are immersive. Lindholm’s director’s statement is as stripped-down as his storytelling: “I have never been a soldier. I have never been at war. I have only observed war in the news and as entertainment. So when I decided to make ‘A War,’ I had to find people who had witnessed war: Danish soldiers and Taliban warriors, relatives and refugees. I needed to understand the complexity and the logic, although I didn’t expect to tell the truth about warfare for I do not believe that such truth exists. But I wanted to understand in order to tell stories about humans in war because they do exist. And to me, ‘A War’ is about them.” “A War” is competing as Denmark’s entry for the best foreign language Academy Award. The family’s three children are played with heartfelt authenticity by Cecilie Elise Søndergaard, Andreas Buch Borgward and Adam Chessa. With Søren Malling, Dar Salim, Charlotte Munck, Dulfi Al-Jabouri. 115m. Widescreen. (Ray Pride)

“A War” opens Friday, February 26 at Landmark Century and other screens.