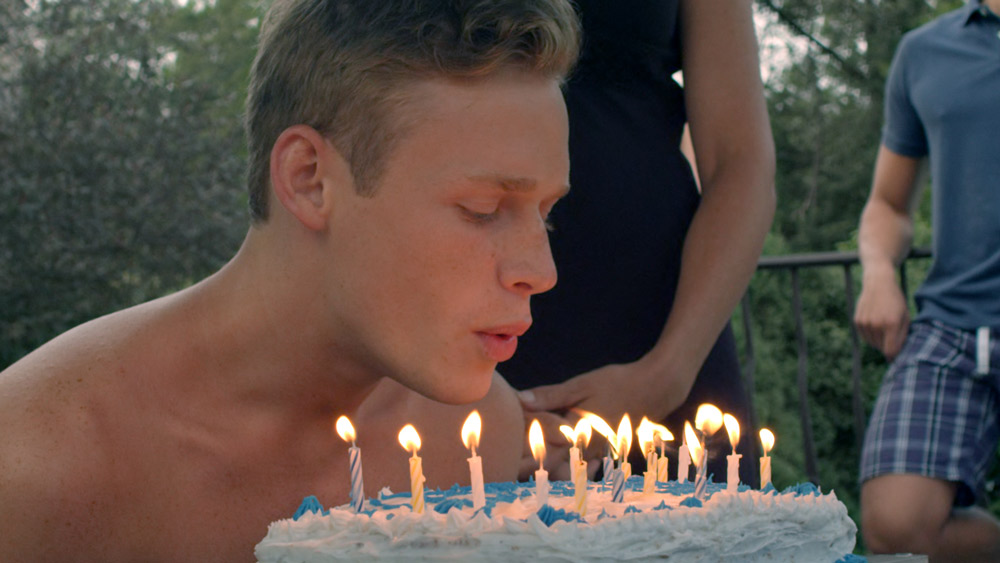 Stephen Cone has been articulate in his admiration for American masters of the ensemble comedy-drama, not limited to Jonathan Demme, Robert Altman and Gregg Araki, and in “Henry Gamble’s Birthday Party,” he wears influence lightly and well. The latest from the Chicago-based filmmaker is an ensemble piece that assuredly demonstrates maturity can be found in the citing of questions as much as the unfurling of answers, a formulation as suited to the filmmaking as to the characters we meet in one location across one long day as a preacher’s son (Cole Doman) celebrates his seventeenth birthday with a pool party. On a night-before sleepover, Henry demonstrates his crush on his friend Gabe (Joe Keery), enacted with geometric simplicity. Arrivals from church, school and family, young and old, dot the next day, with religion and sex the core concerns, gently bounding and abrading through each transition. What is love? Where is love? Within a brightly appointed suburban home, the spirit and the flesh: every character is alive and so gently fearful of what moment may pass after this one. Tone matters, especially involving one particularly abrupt action, which Cone skillfully weaves into the whole without rupture. Bright, bumptious and loving, “Henry Gamble’s Birthday Party” is a major step forward. With a lovingly sincere Pat Healy as “Pastor Bob,” Joe Keery, Elizabeth Laidlaw, Nina Ganet, Daniel Kyri. 80m. (Ray Pride)

“Henry Gamble’s Birthday Party” opens Friday, February 26 at Siskel. The trailer is below.