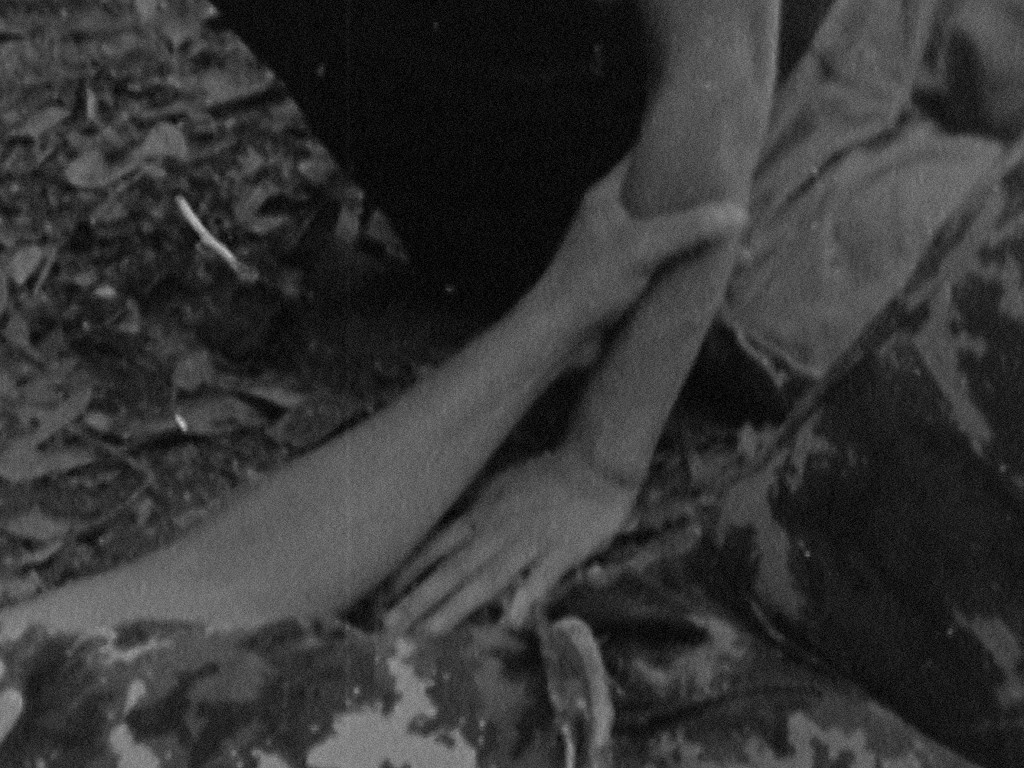 We caught up with Josh B. Mabe, Onion City Film Festival director and programmer (and also program director of Chicago Filmmakers) about the institution’s goals at this point in the twenty-first century, in mid-February just as programming for the 2016 edition was nearly done.

A native of South Carolina, Mabe, thirty-five, moved to Chicago in 2007, co-founded the Nightingale with Christy LeMaster and co-programmed the Chicago Underground Film Festival one year with Bryan Wendorf. The Experimental Film Coalition handed the reins of Onion City to Chicago Filmmakers in 2001, headed until 2003 by Rebecca Meyers and until 2015 by the highly regarded, exacting programmer Patrick Friel. “So,” Mabe says, “this is my first year in charge. In many ways Onion City operates a lot like the Reeling LGBTQ+ Festival, which Chicago Filmmakers also runs, but at a smaller scale.”

Mabe sees the festival as integral to the preservation of the vital role Chicago Filmmakers has historically played in supporting experimental film and video. “When Chicago Filmmakers was founded back in the seventies, all we played was experimental film work, but the organization has grown and morphed to represent the [larger] Chicago filmmaking community, strongly emphasizing documentary and narrative work. Chicago Filmmakers still shows plenty of experimental film,” Mabe allows, “but Onion City is a great excuse to return to the early days of the organization, with a bunch of passionate, innovative moving-image artists gathering in galleries and bars and showing their work to the public. This year includes a few big names like Guy Maddin and Ben Rivers, and a ton of work you won’t be able to see elsewhere.”

I ask him if the mission has altered in his first year. “The mission remains the same,” he says. “Onion City serves to bring exciting film and video art to Chicago. Small, intimate works of portraiture on small-gauge celluloid. Big, whirling, explosions of light and sound. Video. Film. Silent. Loud. All of it. Perhaps the only change this year from a programming point-of-view is there is a lot more local representation, but that wasn’t really on purpose. Just a happy accident.”

Another happy accident was reading about Onion City before he relocated to Chicago. “I became aware of the festival from internet discussions of the festival in the early 2000s. The programming was always topnotch. The first festival I was able to attend was in 2007, and it was there I saw Luther Price’s devastating 16mm film ‘KITTENS GROW UP.’ That film is so perfect and forceful and simple in construction. The film is simply made, two old educational films: one on the life cycle of cats and another about growing up with alcoholic parents. It’s a perfect combination of the formal (the pounding and messy edits between the films) and the poetic (carefully considering how to switch between the stories for the most emotional impact). If I strive for anything in my programming it’s finding immediate, powerful, strange, and messy films like that. Well-considered academic work can be great too, but what I want to see is work that looks like it needed to be made.”

Are labels that important today? While it’s still called “The Chicago Underground Film Festival,” CUFF is another local festival entity that’s essentially been “experimental” for years and years. Do labels help or hurt? “It is true that all those labels are complicated and can be largely meaningless,” Mabe says. “There are genres of experimental film and those are easy enough to define: found footage, hand-painted, poetic non-narrative, essay films, and so on… but for me experimental film and video are moving-image work that are pure expressions of cinematic ideas. Where a narrative film would explain an idea with actors saying dialogue, an experimental film might express that idea with light, sound and movement.”

This year’s edition of Onion City unfurls at Defibrillator Gallery, a space on Chicago Avenue, where Mabe says light, sound and movement won’t be restricted to the formal proscenium screen. “I’m very excited to really be using the whole gallery space for the festival, and being able to include installation work. There will be looping videos running in the basement, in the venue window, and in the garage. Onion City has a long history of presenting installation work and expanded cinema as part of the festival, but it’s been a number of years, since 2013, in fact, that we’ve had the opportunity.”

Of the almost 100 short pieces on view, Mabe flagged two as favorites. “Nazli Dinçel is an artist who currently lives in Ann Arbor, and her new triptych of 16mm film, ‘Solitary Acts 4, 5, 6,’ is a truly amazing experience. My other favorite is ‘Endless, Nameless’ [pictured] by Mont Tesprateep, a hand-processed twenty-three-minute Super 8 film from Thailand about soldiers encountering odd and magical things out in a field.”

Other filmmakers include Ben Rivers, Kristin Reeves, Jodie Mack, Sky Hopinka, Luther Price, Gina Telaroli, Jesse Malmed, Jason Halprin, Montieth Mccollum, Robert Todd, Rajee Samarasinghe and Shelly Silver. One of the longest pieces, the thirty-minute plus “Bring Me the Head of Tim Horton” by Evan Johnson, Galen Johnson and Guy Maddin is a lovingly strange take on the making-of genre, manhandling the production of a failed Canadian war epic, “Hyena Road.” It’s a wonder it even got made, but it’s wonderful that its Maddinesque mayhem is on public view.