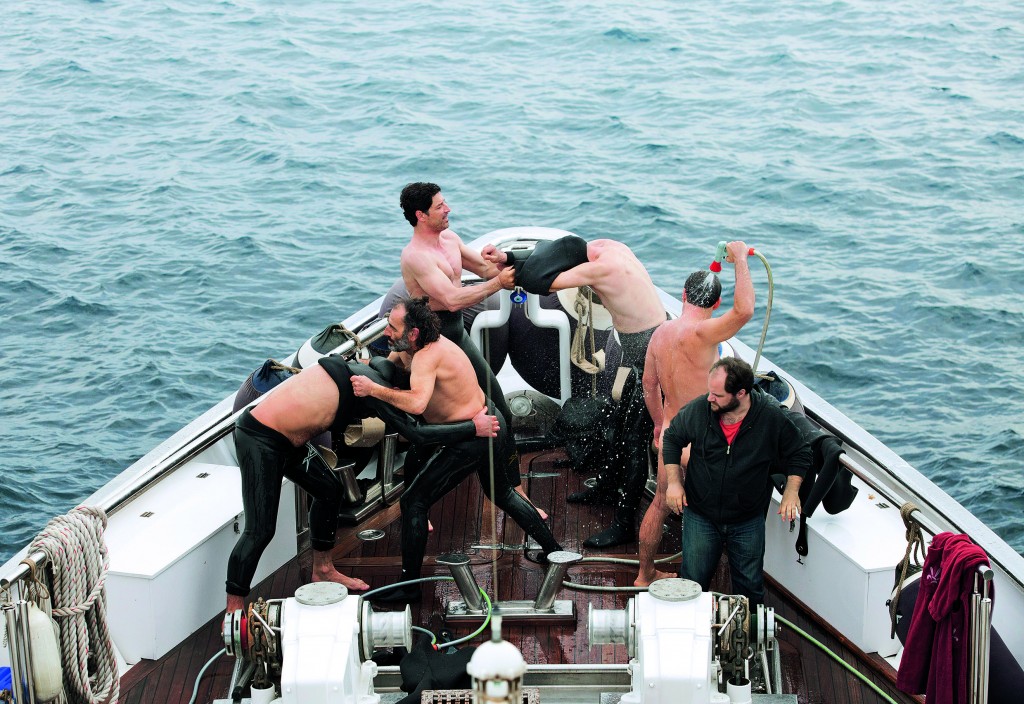 “Taken all together, the festival represents a panoramic view of filmmaking across Europe, from West to East,” Siskel Film Center director of programming Barbara Scharres tells me about the nineteenth edition of the indispensable, jam-packed, month-of-March-long Chicago European Union Film Festival.

“As with every year, it’s a view [of European cinema] that’s incredibly diverse and ever-changing, and yet represents pronounced themes, trends and affinities from one year to the next.” But the EU Fest is not designed, like some standalone film festivals, as a platform to launch an upcoming art-house release. “Some films are special advance screenings of titles already acquired by U.S. distributors, and many are films that may not ever make it beyond Europe’s borders again. If you can view the festival as a kind of laboratory, it’s an intersection in a neutral space of films that [can be] enjoyed purely on the basis of their artistic merit. There aren’t so many opportunities for the filmgoing public to choose outside the commercial realm, and we believe the festival offers that experience on a significant scale.” There are a range of challenges in programming this many films in a single calendar month: Chicago premieres of sixty-one new features, the largest showcase in North America. What’s the greatest challenge? “Greatest challenge?” Scharres says. “Never changes from year to year: rising costs, and the increasing tendency of distributors and producers in Europe to demand huge fees.”

Highlights of the opening fortnight include, from France, Denis Dercourt’s “In Harmony” (En équilibre) pits a willful stuntman (Albert Dupontel) who loses use of his legs after a fall from a horse against a woman, an insurance adjuster, who had intended to be a pianist (Cécile De France) but was thwarted early. The ready machinations make for shop-window uplift of an engaging order, especially in Dercourt’s genially elliptical telling. From gloss to grunge, in Gerard Barrett’s intently directed, Dublin-set “Glassland,” a Sundance 2015 award-winner for acting, a young taxi driver (Jack Reynor) hopes to help his mother (Toni Collette) face alcoholism and her other addictions by getting her into rehab, which involved him turning to human trafficking: grit and grime and grain take the day, gathering up loss after loss to submersive, galvanic effect. Such love. Such sorrow.

Felix Moeller’s “Forbidden Films: The Hidden Legacy Of Nazi Film” pries a trove of Nazi propaganda films from German archives. Of 1,200 films produced in that era, more than forty are still locked away. Clips and interviews make the case they ought to be seen: “When you ban something, you make it interesting,” an interviewee observes. A different kind of archival production, from Sweden, Stig Björkman’s “Ingmar Bergman In Her Own Words,” layers unseen private movies, diaries, letters and interviews to etch a charismatic, emotional portrait of the great actress.

From Hungary, Károly Ujj Mészáros’ squishy but vibrant black comedy, “Liza, The Fox-Fairy,” is a loopy pastiche of Eastern European whimsy, Japanese legends and pop, death, bodily harm, grotesqueries and caricature, and a full helping of Terry Gilliam, Jeunet-Caro and other world-crafting filmmakers. A recurring deadpan of “aw, fucking hell” suits this gamy variation on “Amélie” nicely. Less intricate forms of knowing pastiche flood Cristina Comencini’s intermittently wonderful “Latin Lover” finds five daughters remembering their screen idol lothario of a father to his multiple widows. Most of the made-up moments from his apocryphal screen career are cheeky fun. And from France, writer-director-star Julie Delpy’s sixth feature, “Lolo,” is  a lightly likable, largely lowbrow slapstick comedy, observing a woman in her forties who begins a new affair with a “hick” (Dany Boon) while on a Biarritz spa vacation, before the complication of her teenage son raises its curly head.

Later in the month: Athina Rachel Tsangari’s “Chevalier,” her third feature, after the gloriously absurd yet moving “Attenberg” (2010), and which also follows in the aggressively stylized contemporary fashion of Greek cinema, including her collaborator Yorgos Lanthimos’ “Dogtooth” and forthcoming English-language “The Lobster.” The stakes shift from moment to moment, but the constant of men praising themselves to high heaven, snatching bragging rights to the meaningless title “chevalier” thread the absurd, childish challenges they set for themselves while on a ship at sea. Parable of late-middle-age masculinity in crisis? European’s snotty disregard of the Greek nation? Assholes on parade? All good.