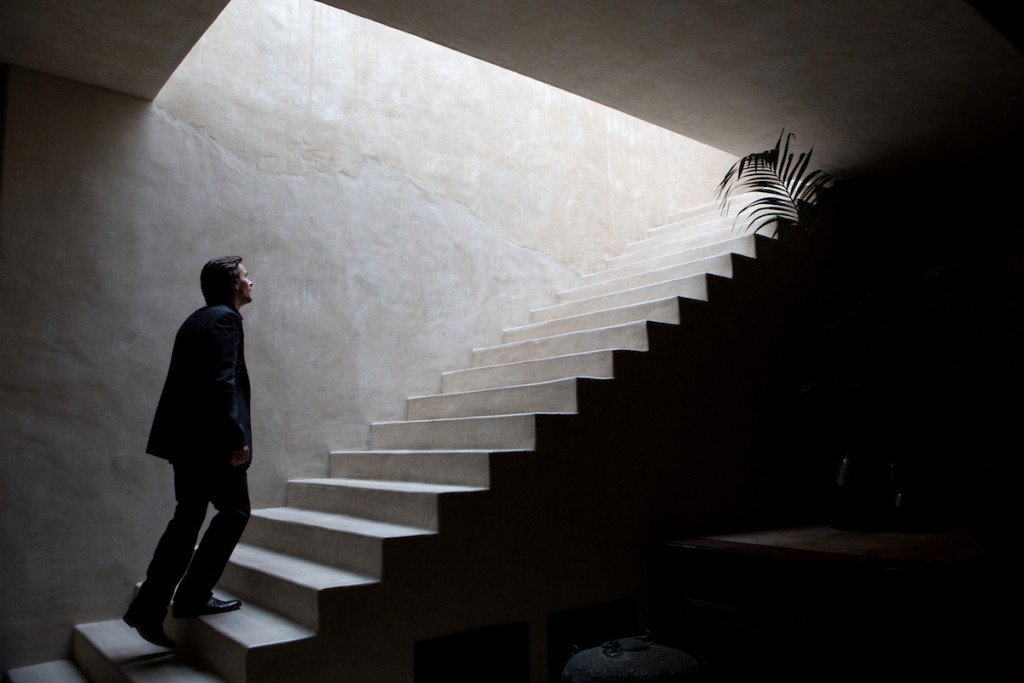 Guilt as gossamer, memory as wraith, woman as other, love as labor lost: Terrence Malick’s seventh released feature, “Knight of Cups,” years in the shaping, is dense yet featherlight, elusive yet specific, a wonderment comprising one once-worldly man’s memories, the tide of a single life pummeled by remorseless undertow.

Malick’s murmurous, susurrant, sea and tear-soaked night dream by flat Los Angeles daylight glides alongside Rick (Christian Bale), a man steeped in loss, needful in love, aswirl in lissome seraphim, the lost souls of his longing. A man in crisis. Rick is a sought-after comedy screenwriter who hasn’t a laugh to his name, even as he trails after joy (women he’s known) or diversions in clubs and parties, blissed-out without bliss, in zone after zone of emptiness. Is he drugged, spent, abandoned, abandoning? Itching-scratching-tickling-howling beneath the surface? “Knight of Cups” is as sure and swift a depiction of unbidden memory you could hope to find: gentle, ever in motion, all-wounding. The form is of a piece with Malick’s most recent narration-swaddled work, “The Tree of Life” and “To The Wonder,” but its slipstream through slivered episodes of memory is fervent, strange and the most finished of this current brood. With ever-more free-associational editing, “Knight of Cups”’ camerawork provides a gliding vocabulary of rhythm, Emmanuel Lubezki’s wide-screen, wide-angle frames deliquescing from moment to moment and memory to memory. Some early reviewers say it’s shallow and chichi; even without delving into Malick’s invocations of tarot and John Bunyan’s “Pilgrim’s Progress,” “Knight of Cups” embraces diverse ventures and captures la-la L.A. louche and without that seemingly familiar glimpse the film’s only layer.

The mesmerizing formal complexity, the density of montage, impresses more than the opening narration from a Gnostic text could lead you to expect: “Once there was a young prince whose father, the king of the East, sent him down into Egypt to find a pearl. But when the prince arrived, the people poured him a cup. Drinking it, he forgot he was the son of a king, forgot about the pearl and fell into a deep sleep.” Parable slips away in the face of so much moment in recollection. We are plunged into a fleet, sleek, unending now of regret, recrimination, regress. The insurgent ecstasies of two pieces of music recur: Wojciech Kilar’s “Exodus” and Vaughan Williams’ “Tallis Fantasia,” along with an original score by Hanan Townsend that stitches seams throughout the 119-minute mosaic of flayed emotion.

“I dreamt we were caught in a huge tidal wave that engulfed the entire city,” one of these half-dozen women from his past, always in motion, fingertips to the wind, tells him, dances away on tipped toes. “Is this a friendship we have? I don’t want to wreak havoc in men’s lives anymore.” She barefoots along the edge of a riser in front of a studio’s backdrop painting of bluest sky, as on the Paramount lot, even back to 1970s days when young screenwriter Malick walked there at the crest of the “Hollywood Renaissance” that allowed him to make “Badlands” and “Days of Heaven.” Now they’re at the edge of a roof of a parking garage, she states in voiceover, plainly pleased, “I see how you look at me. You think I could make you crazy. Crack you out of your shell. Make you suffer.” Present tense: She pokes a finger. “I. Think. You’re. Weak.” Her voiceover takes back the world: “You don’t want love. You want a love experience.” She turns to him as if at the end of, yes, Rilke’s “Archaic Torso of Apollo,” “Am I bringing you back to life?” If anything of what she says is a question, Rick has answers for none of it.

Dreamer wanders, wonders of misplaced love. And then there’s the crumpled male lineage of Malick’s “Tree of Life” and “To The Wonder.” An impulsive brother, lost (Wes Bentley). Another, passed. A cruel, commanding father (Brian Dennehy). All that is sensual melts into larger sensation. In a vivid Vegas interlude, Rick meets a drawling young pole dancer, who holds her face up to his on first encounter, tells him, “You live in a little fantasy world, don’t you? Yes? Because it’s so much more fun.” The club’s reflecting blue neon is coolly hellish. “You can be a saint, you can be a cop,” she continues.

His own thoughts are less engaged in the real world, outside his mind, with doctor ex-wife Nancy (Cate Blanchett), mistress Elizabeth (Natalie Portman), dancer Isabel (Isabel Lucas), model Helen (Freida Pinto) and punkishly, puckishly provocative Della (Imogen Poots), each of whom hope, without much hope at all, to connect with Rick. Malick shuffles tableaux of physical presence, that Malick twirl of female figure, palms and fingers drifting rather than lacing. A kaleidoscopic collage of sensation, fragrant with regret, the physical just lingering, elusive, even at fingertips’ edge. And water, water, everywhere, wellsprings of water, currents, the ocean in search of shore and tickling at the toes of its supplicants, sloshing swimming pools, drip-drip-drip from bathtub faucets, even in an ice sculpture at a mansion party freed of its blocky form and shattered into brilliant shivers lit by Lubezki’s ever-living golden hour. And Rick can only think thoughts like, “Thirty years not living life, but ruining it. For myself. And for others. I can’t remember the man I wanted to be.”

There are more glimpses of nudity and flashes of eroticism than in almost all Malick’s earlier films combined. There’s a striking moment when mistress Portman, barelegged, slinks toward him in one of the succession of clean, impossibly airy interiors Rick has occupied. She extends a leg and flexes her crooked, long, dancer’s toes into Rick’s supplicating mouth, a challenge he meets but does not exceed. Nothing fails like acquiescence. Rick is taken, but he does not—cannot?—give. It’s weirdly emblematic. What wisdom has Rick? Reflections ricochet in his mind like, “You think when you reach a certain age, things will start making sense, but you find you are just as lost as before. I guess that’s what damnation is.” Horror. Beauty. Houses of memory, successive sensations in recollection. Gorgeous and singular, “Knight of Cups” is a vision. A terrifying one, sometimes rapturous, but tactile with fierce, lingering melancholy, an emulation of the cruel patterning of the brooding mind, that could only be achieved by Malick’s elongated shooting and editing process. Time regained is no salvation.

“Knight of Cups” opens Friday, March 12. The trailer is below.