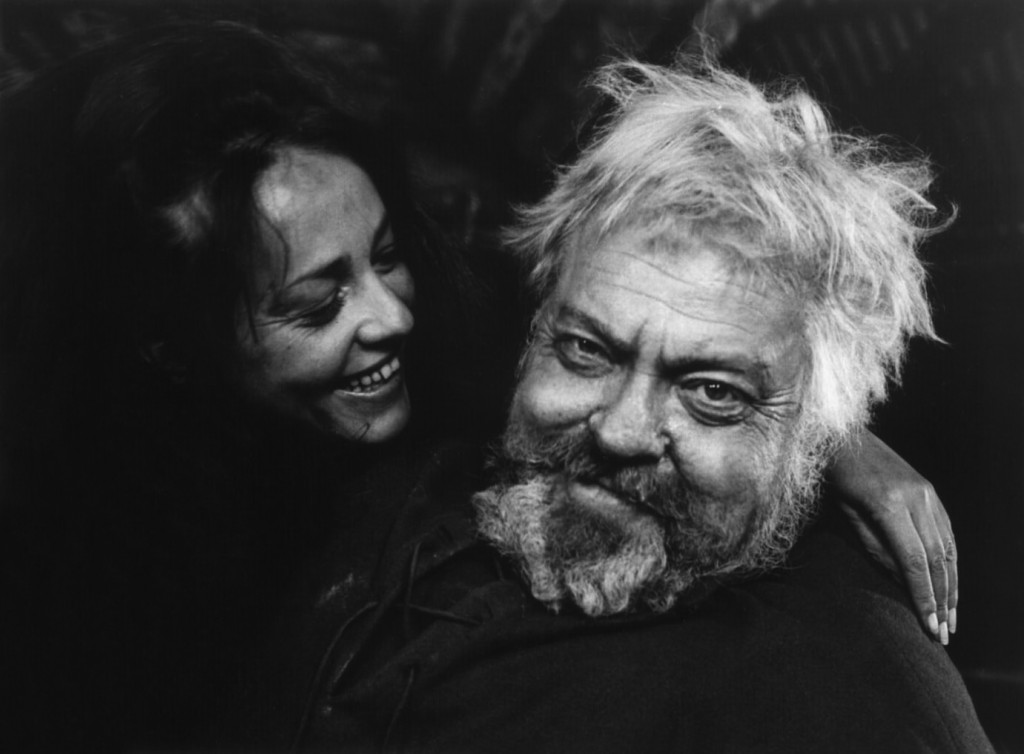 Shakespeare, with his love-labored language offering ever-elastic intonations, ever-fungible interpretations (and misinterpretations) down the ages, hasn’t fared as well with direct interpretations on screen as with indirect adaptations—although I recently heard a non-acting friend’s unexpectedly impassioned defense of Kenneth Branagh’s uncut-text 70mm version from 1996. But the voices that have already been raised high this season are for “Chimes at Midnight.” It’s an unexpectedly fantastic revelation to find what had already been acknowledged as Orson Welles’ garrulous late masterpiece, attentively melding the “Henry IV” plays, as well as “Richard II,” “Henry V, “and “The Merry Wives of Windsor,” has been scrubbed to a fine digital shine after years of exhibition in substandard prints with hard-to-hear sound. Legends are attached to it: Welles himself said, ““If I wanted to get into heaven on the basis of one movie, that’s the one I would offer up,” and Pauline Kael said the seat-of-the-pants production’s major battle scene ranked with the best of “Ford, Eisenstein, Kurosawa—that is, with the best ever done.” The display of kinetic and verbal verve, in an edition that blazes on a big screen, again makes one wish for other completed Welles contraptions. Yet this film, “Chimes at Midnight”: it’s the greatest theater set a boy could ever wish for. With Welles’ magnificent central performance as Falstaff, Keith Baxter, John Gielgud, Margaret Rutherford, Jeanne Moreau, Marina Vlady, Fernando Rey. 116m. (Ray Pride)

The digitally restored “Chimes at Midnight” opens Friday, March 18 at the Music Box.