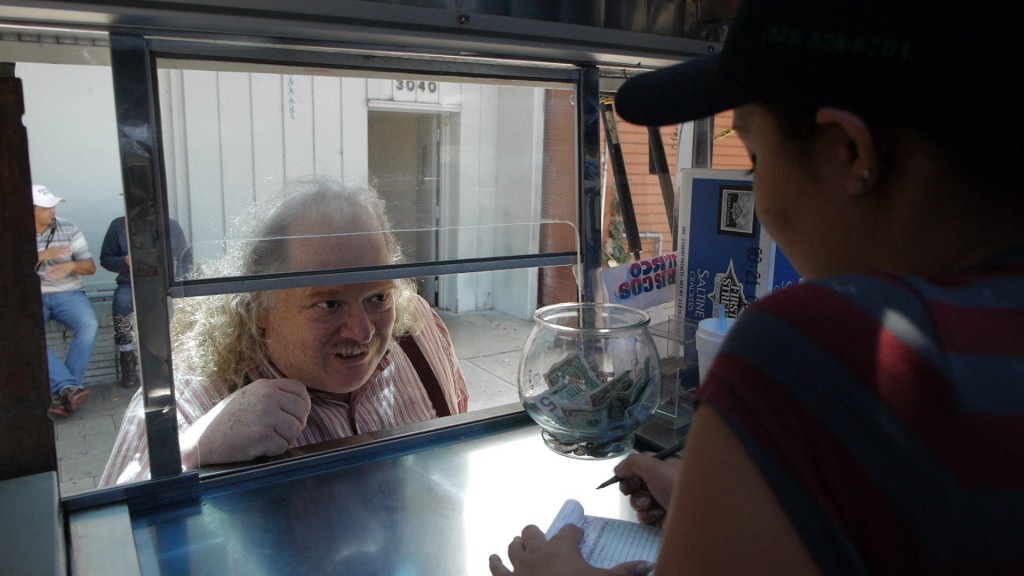 “First we eat, then we do everything else,” Laura Gabbert epigraphs her engaging, toothsome, “City of Gold,” quoting culinary great M. F. K. Fisher. But her rich documentary is about one man, one of the four or five best prose stylists and maybe the best eater on the contemporary food scene, Pulitzer Prize-winning dining writer Jonathan Gold. His love of the byways and side streets of the furthermost reaches of Los Angeles brims articulately in each of his conversations and encounters. A genial, bearish, freckled man with thinning shoulder-length tresses, he’s the Gorgeous George of the Golden State, trundling in khakis and navy-blue sport coat into his aged jalapeño-green pickup. It’s hard to think of him in disguise before he gave up that pretense, first at the LA Weekly, and now the Los Angeles Times. Plates large and mostly small are color-corrected unto a breath of the breadth of flavor of its mostly hands-on makers, including his favored taco truck itinerant to downtown, Guerilla Tacos. “You’re not going to find cooking like this anywhere but L.A.,” he narrates from a review, and he spends his long nights and days providing the necessary evidence. Affably unpretentious but always grandly informed, Gold opines and divines his way across a complex city that he explores in unique and exemplary fashion. All critics should know their beat so well, and love it truly. Plus, tacos. Always room for more tacos. 89m. (Ray Pride)

“City of Gold” opens Friday, March 18 at Landmark Century. Gold will appear after the 7pm Friday show in a Q&A conducted by Newcity critic Ray Pride.