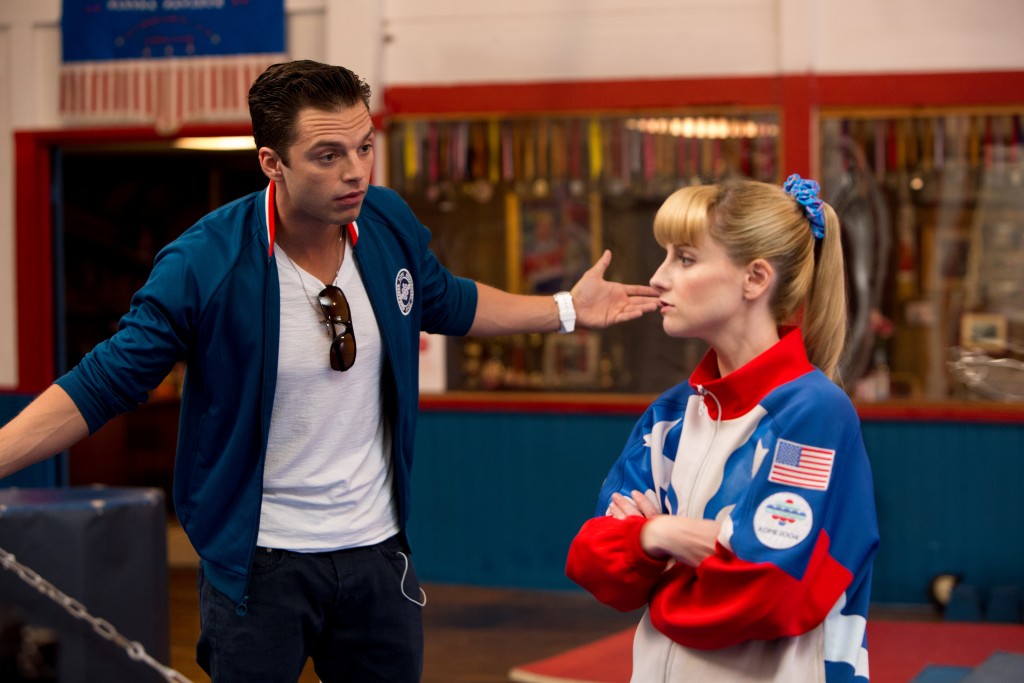 Bryan Buckley’s foul mood of a downer, “The Bronze,” a sports satire written by Melissa Rauch (“The Big Bang Theory”) and her husband Winston Rauch, stood out among films I saw at Sundance 2015 for its consistently shitty attitude, as well as for a gratifyingly blunt instrument of a sexual interlude between two gymnasts that was unexpected amid the mean-spirited hijinks. Rauch plays Hope, a bitter, hateful loser, a third-place Olympic athlete who clings to her past glories and stars-and-bars finery a decade after ripping a tendon. We soon find Hope’s a terrible person, a simple, hardly nuanced shitheel, but not before she masturbates to VHS of her Olympics performance. When Hope discovers there’s a new, up-and-coming gymnastics star (Haley Lu Richardson) in her small Ohio town, all heck breaks loose. While debut director Buckley is an established director of commercials, feature-length comedy is a new field he should explore further. The world could use a few more movies by Terry Zwigoff  (“Bad Santa”), or at least movies that deserve comparison to the bleak curmudgeon. Maybe you have to be born “dark” and can’t just will it into your work? That’s one impression of this excruciating farce. The producers include the Duplass brothers. With Gary Cole, Thomas Middleditch, Sebastian Stan, Cecily Strong. 100m. (Ray Pride)