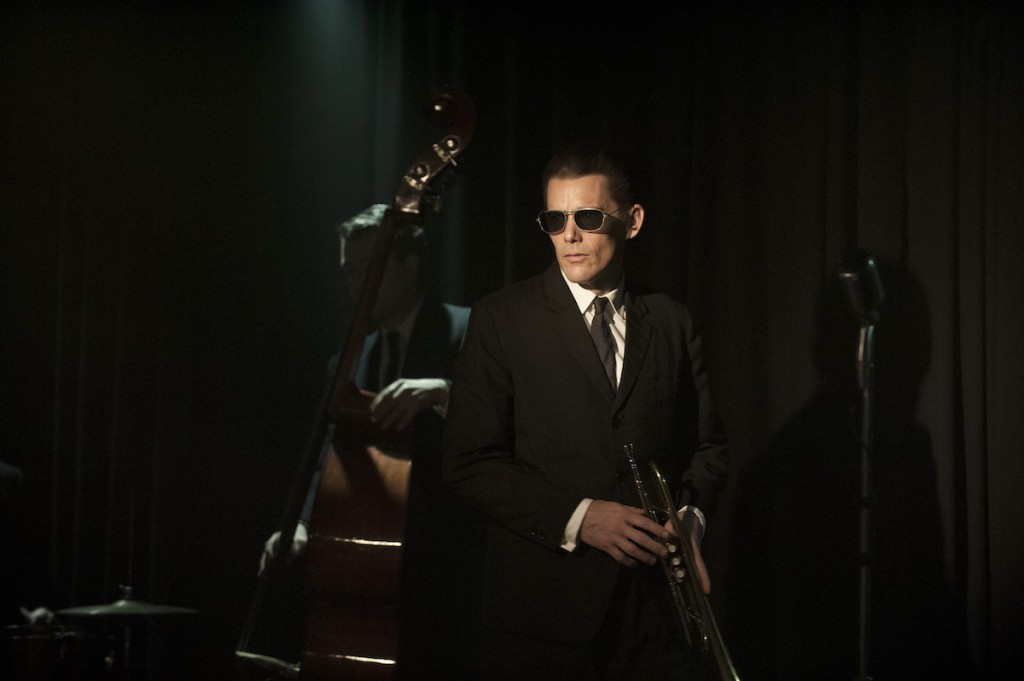 Canadian filmmaker Robert Budreau’s playful meta-essay “Born to Be Blue” doesn’t even try to supplant Bruce Weber’s ethereal mood piece about the later years of musician Chet Baker, “Let’s Get Lost.” It’s akin to a walking-talking version of one of the poetic wanders of Geoff Dyer’s great book, “But Beautiful,” in which Dyer takes single iconic images from the history of the early days of jazz and extrapolates a brief narrative from what may have happened directly before or after the icon was etched. The effect of the 1960s-set “Born to Be Blue” is less an attempt to emulate the whirl of jazz playing than of taking on role-playing, as romance and as habit, as player, and the played, and as addict. And of course, Ethan Hawke’s cheekbones were born to play this role, particularly in drawn middle age, not quite emaciate, but certainly skin-taut. Hawke’s singular, even exquisite presence elevates even familiar or rote notes, and “Born to Be Blue” is at its best as a phantasmagoria melding the physicality and personalities of these two, much-pictured men, especially when we find ourselves watching Chet Baker complain about the liberties taken in the “Chet Baker” biopic we have seen him enacting. “Chet Baker” and “Ethan Hawke” are both there, and both not there. With Carmen Ejogo. 98m. (Ray Pride)