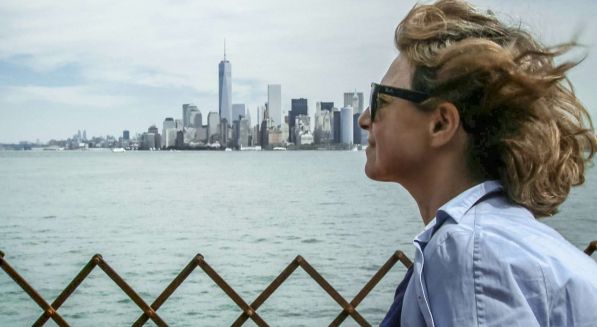 In just over an hour, Belgian filmmaker Marianne Lambert’s now-bittersweet documentary “I Don’t Belong Anywhere: The Cinema Of Chantal Akerman” (2015), spans the four decades of the great filmmaker’s work, providing a coherent map as well as insights even for viewers already familiar with her essential work. And, with Akerman’s passing, its form as an unintentional tribute makes its existence even more virtuous. Lambert, a colleague of Akerman’s, is especially good at divining the handful of Akerman’s great themes, including the nomadic artist’s notions of “home,” partly through the neat array of clips chosen from her forty-film filmography, including “Jeanne Dielman,” “Les rendez-vous d’Anna” and “News from Home.” Her mother, who had just died, is also central: “I realized my mother was at the heart of my work. And now that my mother is no longer there, will I have something to say?” Her last film, “No Home Movie,” struggles gainfully to answer that central question. 67m. (Ray Pride)

“I Don’t Belong Anywhere: The Cinema of Chantal Akerman” plays April 8-9, 11 and 13 at Siskel. The trailer is below.