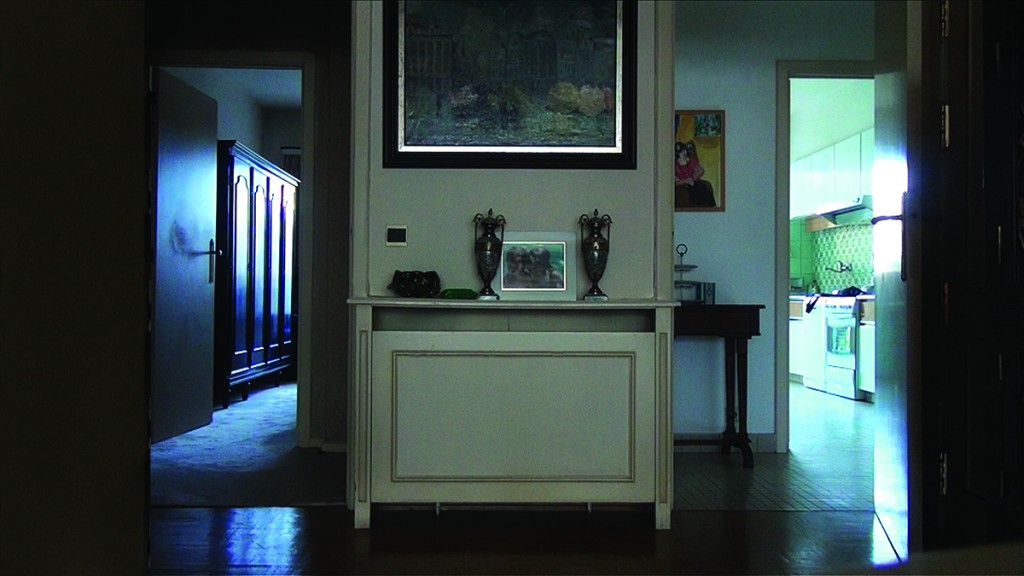 The cumulative impact of “No Home Movie” is of being slammed against a brick wall. Full stop. The great Chantal Akerman’s final feature, at the age of sixty-five before taking her own life, is a bittersweet testament about the final years and last spaces of her beloved mother’s life. A Holocaust survivor and recurrent figure in Akerman’s work, Natalia is the subject of moments that Akerman calls “rough-hewn,” “raw material.” Her poetic filmmaker’s statement about her essay film continues, “The film wanders without our really knowing where it’s going. And yet, it can only lead us to one thing, death.” But, she says, “This film is above all a film about my mother, my mother who is no longer. About this woman who arrived in Belgium in 1938 fleeing Poland, the pogroms and the abuse. This woman who we only see in her apartment, nowhere else. An apartment in Brussels. A mother who was left all the time and then found again after long trips made by one or the other of her daughters, my sister and me. So it’s a film about my mother, but not only. The film is a film about the world that moves, which the mother never sees; she practically never leaves her apartment anymore. But the world outside is really there; it insinuates itself between the shots of the apartment, like a touch of yellow on the canvas that makes the rest of the painting exist.” The film says more than this, I could say more than this, but there are so many daunting elements, down to the specificity and intimacy that Akerman ventures, through brusque low-res images, Skype, Blackberry, dares, attains. It could have been called “Goodbye to Mother,” “Goodbye to Life,” “Goodbye to Language.” Resistant, resigned. Asking, listening. Not punishing, but pained. Not deadly, but difficult. Not death, but life. 115m. (Ray Pride)