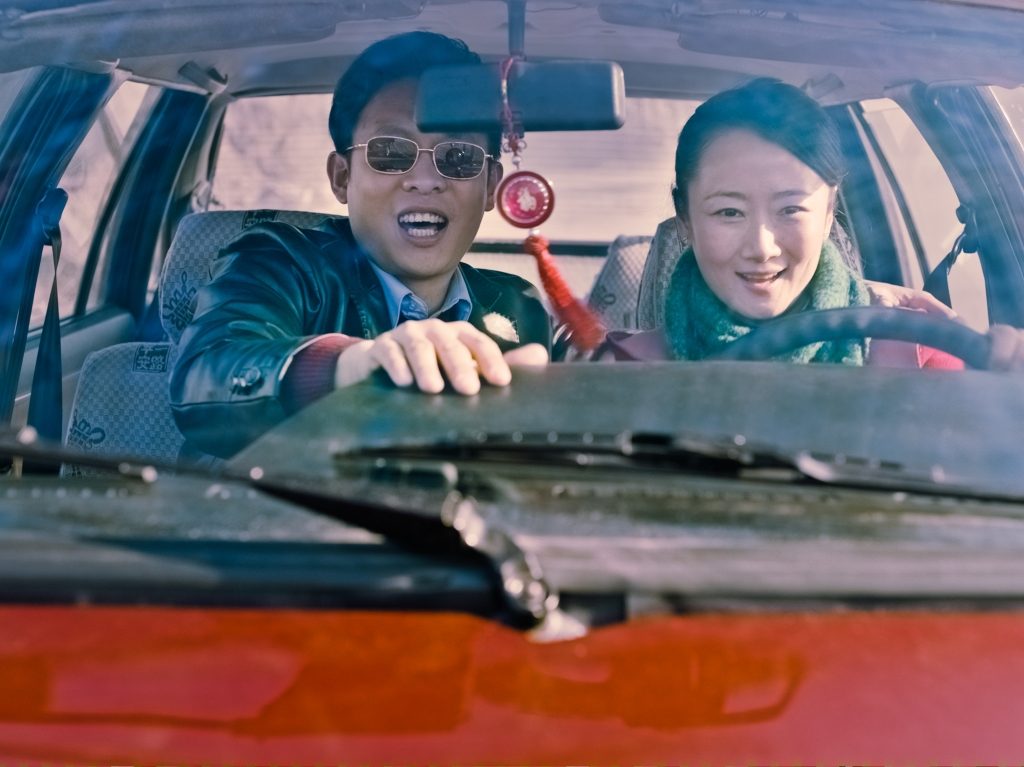 Jia Zhangke’s heartfelt, melancholy, ever-mysterious eighth feature, “Mountains May Depart,” is an intimate drama that, on a globalized level, teems with enigma and patterns with grace. On black, under the main titles, we hear birds and the sea. Young Chinese men and women dance in a line in a nondescript hall while we hear the Pet Shop Boys’ cover of the Village People’s “Go West.” The camera moves in. They’re happy. A title arrives: “1999.” Fireworks erupt. This minute or two is as compelling a use of pop in an opening scene as Hou Hsiao-hsien’s “Millennium Mambo,” which also found ways to express unease of the twenty-first century to come. There’s sensation; we have to apply the sense. The usage of “Go West” is also the bookend of Jia’s three-section film, which is as beautiful and mysterious as any of his films, but not as heartsick nor violent as his episodic 2013 satire “A Touch Of Sin.” (Still, both films are steeped in the macro and especially the micro violence of the Chinese economic boom, with the effects of materialism seeping into the culture.) The dissection of time frame is cleaner here than in “Sin,” as “Mountains” traces one woman’s relationships from 1999 to 2014 to 2025, from village to city to a future Australia. Small incidents and details dazzle atop the arcs of friendships and relationships that rise and fall. There are ample opportunities for the eyes to water or gush. But back to that song. Jia tells Tony Rayns in the press kit: “As it happens, the late 1990s was when disco achieved peak popularity in China. Many went out to dance in clubs on the weekends because it gave them a chance to break out of their personal limits; Chinese people tend to be repressed, shy and introverted! Back then I also enjoyed hanging out in discos, and ‘Go West’ was one of the most exciting golden records for us. My memory is heavily dependent on music. More importantly, music endows me with imagination.” Of the title, Jia added with a shrug, “Mountains may depart, relationships may endure.” You see this in Jia’s treatment of space. However wide the screen expands, there is a lonely soul off to the side. At the end, snow falls. Birds and the sea call out. “Go West” plays. It’s a thundercrack. With Zhao Tao, Sylvia Chang, Dong Zijian, Zhang Yi. 131m. (Ray Pride)