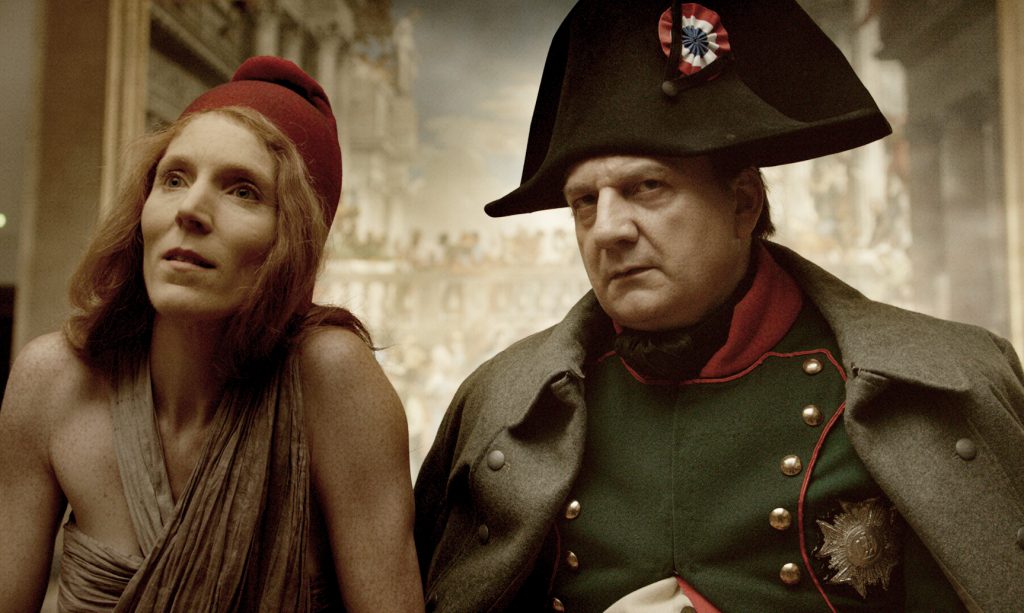 “Who would we be without museums?” In “Francofonia: An Elegy for Europe,” Aleksandr Sokurov’s latest prose-poem-cum-philosophical essay on art and history housed in a world-class museum, the Russian filmmaker alights on the Louvre in 1940 at the onset of World War II as museum director Jacques Jaujard (Louis-Do de Lencquesaing) and German officer Count Franz Wolff-Metternich (Benjamin Utzerath) collaborate to keep the assembled artworks from Nazi hands. Napoleon and Marianne, the French national symbol, also go through their paces. (It’s obviously going to be a much richer “night at the museum” than that long-running comedy series.) Digression nests upon digression, and archival footage mingles with Skype-screen passages and dreamy drone-captured images, unlike the swoop of the single-take “Russian Ark” that crammed a world into St. Petersburg’s Hermitage. But the effect is more drenching than daunting, a fluent, warming bath of worthy ponderings. 88m. (Ray Pride)

“Francofonia” opens Friday, May 6 at Siskel. The trailer is below.