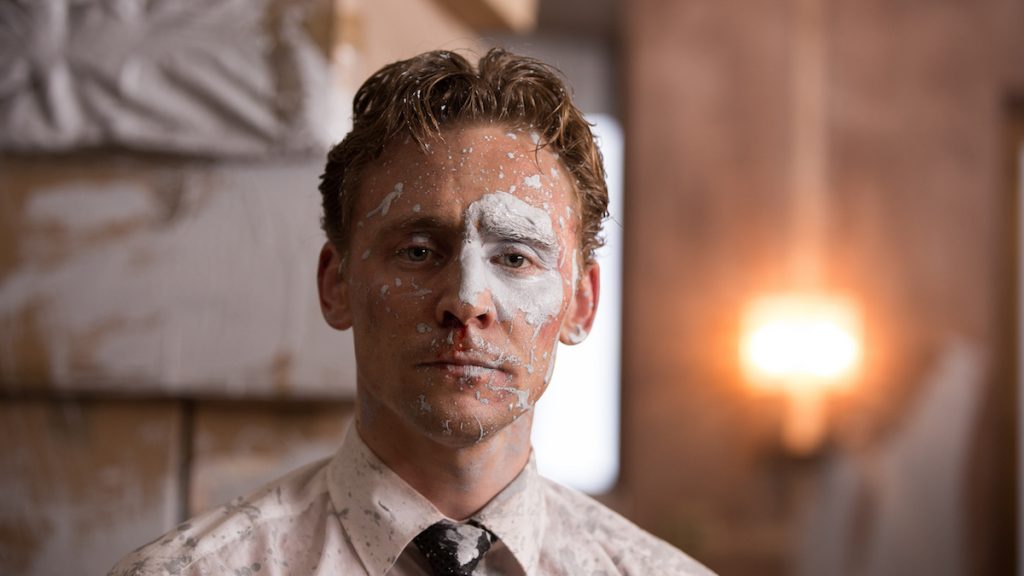 Apocalypse? And how! “High-Rise,” J. G. Ballard’s slim but fierce 1975 novel-cum-provocation about the wages of indolence and the precariousness of social decorum, slides into calculated chaos in Ben Wheatley and Amy Jump’s deadpan adaptation. Wheatley has the audacity to attempt a fully-constructed world, rife with invented elements, to approach the seething sensibility of Ballard while also copping to the saturnine calm of Kubrick (plus: the old ultraviolence; the flickering gloom of candlelight). The American poster even dares make a cocky nod to the key art for Kubrick’s adaptation of Anthony Burgess’ “A Clockwork Orange.” While “High-Rise” lacks the scale of Spielberg’s “Empire of the Sun,” it parallels a more contained adaptation, the sleek, perverse invention (and intention) of Cronenberg’s “Crash.” In the present tense of a “community of the future,” the humans that scamper and snoop and snipe and banter and soon battle in stylized play of class conflict include the surgeon Dr. Laing (Tom Hiddleston, on television with “The Night Manager” and more Marvel movies), a naughty neighbor portrayed by Sienna Miller, and as the creator of this terror town, a weary-voiced but sanguinary-tilting Jeremy Irons. Irons makes the most of lines like, “Of course, I’m a modernist by trade” and purring about a terrible act being “for the good of the building.” He speaks approvingly of “a clearly more sinister dimension” emerging that will allow the tenants to “surrender to a logic more powerful than reason.”

The hoving building is Brutalist architecture, asserting itself against dusky sky, one of several towers in some sort of outlands. It’s a claustrophobic world, a kind few filmmakers make the strenuous effort required to fabricate, a world not our own. (“Sometimes he found it hard not to believe they were living in a future that had not taken place,” a bit of narration muses.) Each detail is calculated and sinister, down to uniform fonts for the many conveniences and appurtenances of the exclusive apartments-cum-barracks-cum-bunkers, spaces William S. Burroughs might have savored for hard, heavy presence.

Raucous shambles await in this drunken bloody nightmare, “Lord of the Flies” for grown-ups gamboling through deliciously decadent decors. Moments of brief pastoral prettiness have their flipside: if there is a moon above, there will be guttering candlelight and screams below. Ripe with sordid beauty even in its tumults of violence, “High-Rise” functions in a future, futuristic setting firmly demarcated by the 1970s, the time in which Ballard’s novel was set, not our world, and yet wholly ours, a place of privilege and brutality where idle hands form fists or readily take up weaponry or utter such offhand incitements as “I should have married someone like you, stoic and perfectly breasted. You know, I’d ideally like to get between those thighs of yours one of these days.”

“It looks like the unconscious diagram of some kind of psychic event,” Dr. Laing says of one of the mad, fantasticated drawings of Irons’ creator. Wheatley’s world gets between the pages and into the headspace of Ballard with perverse joy. A final blurt of Lady Thatcher on capitalism gilds a lily that is already darkling stark about the primal urges that run riot in this cruel tower. 119m. (Ray Pride)

“High-Rise” opens Friday, May 13 at the Music Box.