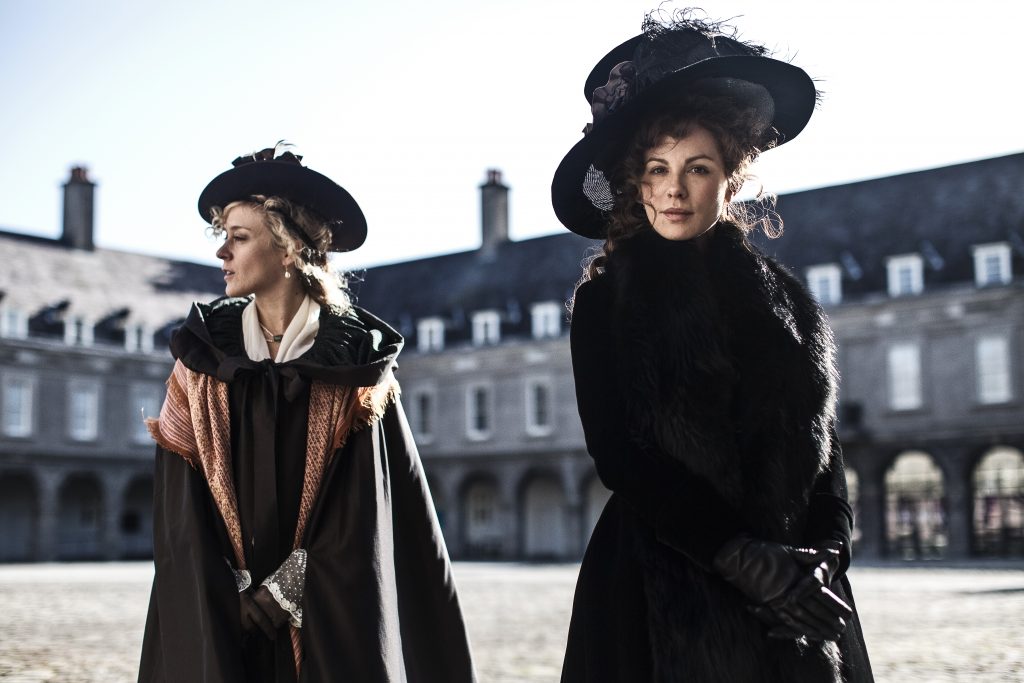 “They have really good coffee here,” Whit Stillman tells me as he busies our introduction with small talk, recalling a previous interview. (I wondered if he actually remembered a slightly confounded review of “Damsels in Distress.”) “I’m so excited by this good coffee.”

Slightly distracted and wearing a rumpled white shirt under a sport coat and Blundstone boots, the celebrated maker of dialogue is unabashedly the “shambolic patrician” he’d been described as in a Town & Country profile I’d read on the bus over to the Michigan Avenue hotel. (In that interview, he orders club soda with lemon and returns it twice, then as his tea arrives, pockets the Earl Grey sachet: “‘Oh, I’ll keep the bag for later,’ he says, moving it to the inner pocket of his jacket.”)

“Love & Friendship,” his fleshing-out of “Lady Susan,” Jane Austen’s unfinished, epistolary first novel, is an onrushing delight, captured in bright and creamy light, with which he quickly confesses minor disappointment—a sound cue, fluffed timing on a joke—but the film is as straightforward in its reliance on the spoken word as a contemporary series like “Love,” or more to point, his keenly observed, neatly structured, dialogue-furnished three early features, “Metropolitan” (1990), “Barcelona” (1994) and “Last Days Of Disco” (1998).

My tangled suppositions were followed by half-answers and sudden silences. Soon distrust suffused the suite. I could only tell him that his Lady Susan may have begun as Jane Austen’s, and he may have transformed her into a vessel for Kate Beckinsale’s liquid lashings of the tongue, but Lady Susan is of no time, and of this time, and the most modern of characters, as in his earlier near-period pieces. There’s a Lady Susan just down the block, around that corner. Although a “calumny” is invoked, “A degree of captivating deceit” is described, as well as a “flowing spigot of malice and calumny” and the word “pride” is properly adjudicated at least thrice. And who has not wanted to announce, “I can’t support reproaches!” 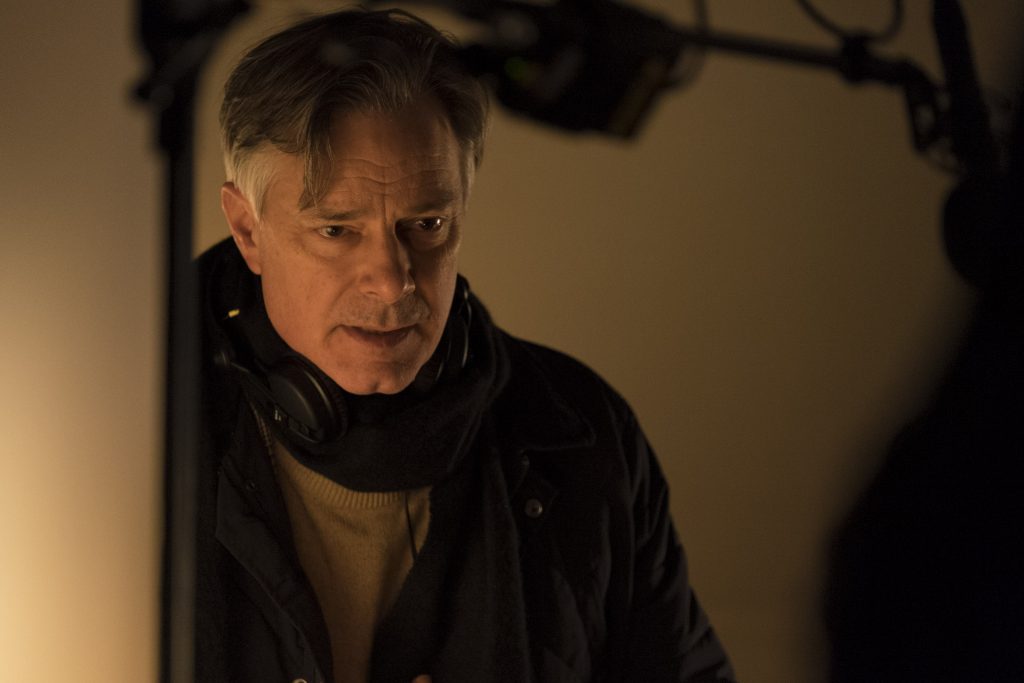 In its tangled affairs of a widow, her marriage-able daughter and those who must be used to advance, Stillman etches a memorable portrait of bitter connivance brightly played, and it’s often laugh out loud. Good conversation, I observe, for an improvisational character, even when it emanates from a conniving narcissist like Lady Susan. A small chuckle escapes Stillman. The strengths include the gleaming Kate Beckinsale, chunks of plot and character motoring diffidently alongside in the characters’ walk-and-talks amidst Irish greenery, as if walking one or another Upper Sides of Manhattan. Lady Susan says many things that are on the nose, she’s self-aware and wants people to know, yes, I am devious and scheming, but this is how you fit in. “She wants her allies to know,” the sixty-four-year-old writer-director improves. “She talks honestly with Alicia. And dishonestly with everyone else.”

The banter is relentless. “That’s really important. It would have been really hard slogging if we kept it the way it was, because essentially the meat of the novel is those conversations. The precursor to that is these separate letters, so it’s totally like shuffling decks of cards, so that you can hear, react and it moves forward. The fortunate part of [adapting a novel constructed of letters] is that there were lots of spaces for new material. So in the novel, she’s charming and seducing to Reginald, but we don’t really get those scenes. So I have a scene where we see her chatting up Reginald, and what does she talk about? And so Frederica [her daughter] would be the subject, generally. Then it becomes the relationship between parent and child, from the parents’ point of view. I think that in terms of material in the movie, I realized at a certain point in the movie, that almost no movies are from the point of view of the parent in that way. It’s always from the children’s point of view, and the children are great and the parents are terrible, and the parents are cartoon characters, or ogres. There are two points of view! ‘They’re so cute before they become terrible!’”

Stillman took advantage of circumstance, including making Chloe Sevigny’s character a native of Connecticut, a nod at their shared home state, but also allowing her to focus on comic delivery instead of mastering an accent. Within the twenty-five days of shooting, the process remained freewheeling in the editing room. There are three instances of superimposed poems or letters, as well as preening introductions of each character, their name, their title, and a pin-jab of description at their pretensions. (“Lady Susan Vernon, a beautiful young widow in straitened circumstances”; “Mrs. Alicia Johnson, Lady Susan’s friend; an American Loyalist exile, from Hartford in the Connecticut” and “Sir James Martin, wealthy young suitor of Frederica Vernon & Maria Manwaring, a bit of a ‘Rattle.’”) “You do catch wonderful films on TCM,” Stillman says, “maybe the whole film isn’t so great, but the devices they use at the beginning, like when they introduce, ‘It’s Jimmy Truax as Fred,’ and then you see the actor talking on the phone or something like that, it’s so good. In the introductions here, it’s important the juxtapositions of portentous music and very dramatic poses they take. It’s very important that the editing was going on at the same time as the shoot. So if the editor found something based on what I’d shot, then I could do the same thing when we got to a new location. Chloe and Stephen Fry had already shot their scenes when we got the idea of these pretentious portraits. We looked for single shots of them in their scenes, not talking and looking serious. It still looked like we’d taken it out of a scene, so we did the iris effect, because I’d seen it in old films. We put the iris effect on them, an oval portrait with shading at the edges, and it looked really good, so we put it on everyone else to give it a consistency.”

“Love & Friendship” opens Friday, May 20 and will appear on Amazon Prime by fall.