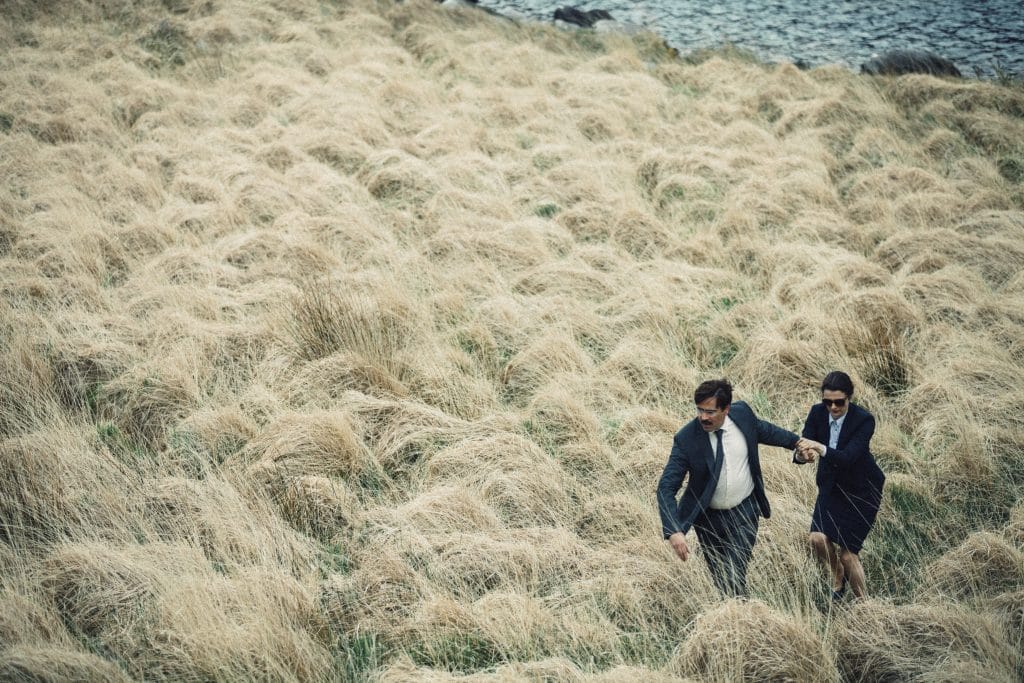 Deadpan allegory without a single straight answer: Yorgos Lanthimos’ fourth precise, absurdist comedy (after “Dogtooth” and “Alps”), and his first in English, is the answer to the question: Is one of the worst bad-date movies ever made also one of the great ones? Oh yeah. If you can see below the surfaces and talk about relationships… In a parallel world’s future Ireland, the characters in “The Lobster” have a lot to think about in terms of relationships, but one simple answer to provide: if newly single, and I can’t find a new mate within forty-five days, what animal would I most like to be turned into before I’m unceremoniously dispatched into The Forest after I’ve been cast out of The City and bunked at The Hotel? Through it all, Lanthimos remains one of world cinema’s prime proponents of The Weird.

“The idea for this film came from discussion about how people feel like they need to always be in a relationship; how other people see those who can’t make it; how you’re considered a failure if you can’t be with someone; the lengths people go to in order to be with someone; the fear; and all those kind of things that follow us trying to mate,” Lanthimos says in the Cannes 2015 press kit. “Everything has to do with observing friends and strangers,” says his co-screenwriter Efthimis Filippou, “And then thinking about how they live and how they react to different situations. The main need was to write something about love. So we tried to think what love means to humans right now; how it is connected to companionship and solitude.” The eclectic cast includes Colin Farrell with one of the saddest mustaches around, Rachel Weisz, John C. Reilly, Ben Whishaw and Olivia Colman. Perky comedy turns darker, as it will in the Greek writer-director’s films, and then threatening, and eventually, clinically factual. The moments of tenderness and weirdness are the movie’s highest, most Buñuelesque highs, while it’s also one of the most inspired movies of late about loneliness, steeped in loneliness, hopeful of embrace. Cinematographer Thimios Bakatakis (“Dogtooth,” “Attenberg,” “Keep The Lights On,” “Blind”) provides one euphoric tableau after another: he’s a master of precise geometry (especially when shooting with long lenses) as well as natural and low-key constructed light. Winner of the Jury Prize at Cannes 2015. 119m. (Ray Pride)

“The Lobster” opens Friday, May 20 at Landmark Century, River East and Century Evanston. The U. S. trailer is below.