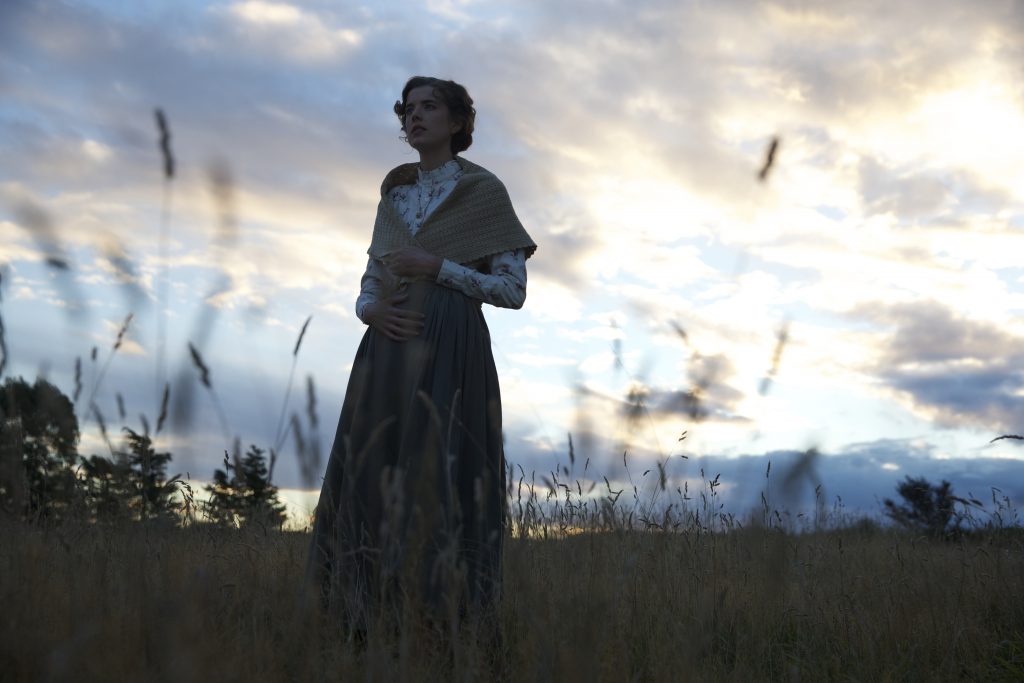 Master British filmmaker Terence Davies spent the years between 2000’s “House Of Mirth” and 2008’s “Of Time And The City” working on projects that did not come to fruition, including his adaptation of Lewis Grassic Gibbon’s 1932 “Sunset Song,” a novel beloved in Scotland for its portrait of rural families in the pre-World War I countryside. (“It is a dark and brooding novel about the Scottish peasantry, about the land in general and one family–The Guthries–in particular,” Davies writes.) It hardly seemed fair that a director as attuned to sound and sensation, poeticized realism pricked with quicksilver melodrama, and the power of painterly tableaux vivant, would make no more features in the vein of “Mirth,” or the great “Distant Voices, Still Lives.” Now, at seventy, the long-stymied cine-swooner has hit his stride, with a second feature, “A Quiet Passion,” on the home life of Emily Dickinson, which arrives later this year. Then there are two eclectic projects on the horizon, which he’s been talking up in his customarily cheery, cheeky interviews. Rich with the emotional swells and cinematic raptures you’d expect, “Sunset Song” is unmistakably Davies’ work, bent to his somber themes of working-class hardships, cruel fathers and shapeless dreams of escape. It’s a polished gem grown smooth through his years and years in the wilderness of fallow creativity, turning the story and his elegant widescreen images over and over in his mind. The glow of landscape makes battle with that of Agyness Deyn as his heroine, her face at once modern and of no time, matching the lilting grandeur of such moments as the opening shot, which slides and slips across a field of dry cornstalks, the wind prompting a whisking sound that pauses only when Deyn rises from within as if from the dry earth itself. Reserve reigns, emotions are withheld and unspoken. Novel and film, Davies writes, trace “Chris Guthrie and her evolution from schoolgirl to wife to mother to widow then finally becoming a symbol for Scotland itself. The novel is both symbolic and rhapsodic. It is a work of epic intimacy set before, during and after The Great War. Yet it is delicate.” Delicate, indeed, even at the most brutal moments of neglect or reprisal. Throughout, moments tremble, tensile, with momentous eruption or violence available at a curt turn—a word, a glance, a stance. The words “I’ll not be treated like a Lanark tart!” from a wife lead to words from the husband that are the truest state of their marriage, their village, the war he’s about to launch into. Davies’ spare, uncluttered frames and decors command the eye, and then we are overcome by the rhapsodies of his inspired set pieces which are, as in all his films, bravura moments where his camera finds its own way into the world. One haunting example is a sustained traveling shot, taken by thin morning light after a battle, of an ordinary passage of mud and remnants of a battlefield, abandoned, after men were taken and their bodies taken away: a survey of gulleys and blastholes and barbed wire coiled between X-shaped crosses of rude wood; cart wheels with no cart; as we look down from only feet above, gliding, wandering, observing and accompanied, of course, by a tender Scottish song, “a melancholy air,” the singer’s voice rich with masculine sorrow. The film’s stern, stoic surface parts as the story closes, with Deyn allowing the welling of Chris’ emotions to suffuse the glow of the story’s last embers. Davies has eye and ear enough even to make bagpipes at a moment of finality not only correct and proper, but necessary. Because of the dense Scottish dialect, subtitles are provided. With Peter Mullan, Kevin Guthrie, Jack Greenlees. 135m. Shot in 65mm anamorphic; presented in 2.35 widescreen. (Ray Pride)

“Sunset Song” opens Friday, May 27 at the Music Box. The U.S. trailer is below.